Two weeks ago we learned a handful of details about Sherlock Holmes: Chapter One, developed by Ukrainian studio Frogwares. Today, however, we hot a video, in which the developers answer questions from fans and discuss selected elements of their work. We can learn the number of tasks in the main story, what role will disguises play, what will be the world structure, what will be the manifestation of non-linearity of gameplay, and also which actors will play the main character and his companion.

Before we invite you to the screening, we remind that this title is coming to PC, as well as eighth and ninth generation consoles, and will debut in 2021.

Let's start from the fact that the main plot in Sherlock Holmes: Chapter One is to consist of five extensive missions, the overarching theme of which will be solving the mystery of the death of the main character's mother. Wanting to prove that he's a true detective, Sherlock is willing to take on other cases as well. As we already know, the main plot alone is supposed to offer 12 to 15 hours of gameplay, while completing everything the game has to offer is supposed to be a task of up to 40 hours.

After completing the first task we'll get access to the entire island and full freedom in choosing the cases. Missions can be completed in different ways, and our actions will affect not only their course and finale, but also how the described adventure will end. What's interesting, collected evidence and wrong deduction can push us to accusing an innocent person. In this case, the game will take into account this and will lead the action further in an appropriate manner. As the detective doesn't live by solving mysteries alone, action scenes will appear at certain moments (protagonist's gun will have to come in handy from time to time). 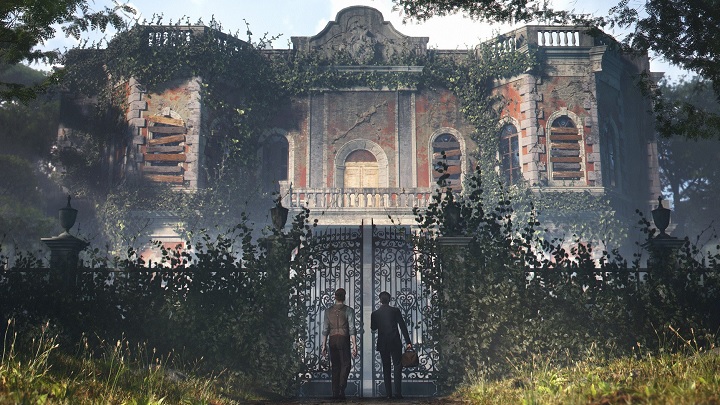 After completing the first main task, the game world will be open to us.

Disguises will also play an important role in the game. They will enable us to both customize the appearance of Sherlock to individual preferences and get into hard to reach places. Apart from juggling hats, glasses and other elements of the outfit we'll be able to completely change the protagonist's appearance, making him look older, changing his hairstyle and even trimming his beard. Elements of wardrobe will be bought or acquired in other ways; the same goes for furniture and elements of decoration of the detective's mansion.

Finally, a word about the voice actors who provide voices to the main characters. Sherlock Holmes will be voiced by Alex Jordan, while Will Coban will play his companion Jon. Watson, unfortunately, will not appear in the game. It's worth mentioning that the creators are not yet ready to show actual gameplay, so fans have to be patient.

Chernobylite Will be Bigger and Launch in Q2 2021

Mobile Game Has Graphics Settings Unlike the PC Version