Have you watched Paradox Interactive's stream from last week, where Rodrigue Delrue and Alexander Oltner presented the much anticipated medieval strategy of Crusader Kings III in action? Have you become involved in the story of King Alfonso VI of the Jimenez dynasty, who ruled the Kingdom of Leon? If so, you will certainly be pleased to know that yesterday there was another live broadcast, which continued the adventures of the aforementioned ruler of this Iberian state. You can watch it below.

During yesterday's Paradox Interactive stream from Crusader Kings III there was quite a lot of warfare. There were also a lot of plots (which ended with the abduction of the king of France), management, making important decisions both on the level of relations with other characters and the fate of the whole kingdom, knights, adventures during pilgrimages and rebelions. The game should therefore offer a lot of things to do.

That is not all. Yesterday on Paradox Grand Strategy channel on YouTube there was a video focused on the presentation of the vassal system in Crusader Kings III. It touches upon topics such as various ranks of subjects, the limit of vassals we can have directly under our control, the authority of the crown or internal diplomacy that can prevent a dangerous civil war. We invite you to the screening:

It is worth noting that the footage of the vassals is part of a series intended as an introduction to Crusader Kings III. Earlier videos in the series talked about such elements of the upcoming game as characters, dynasties, succession and conspiracies. They are all available on YouTube. 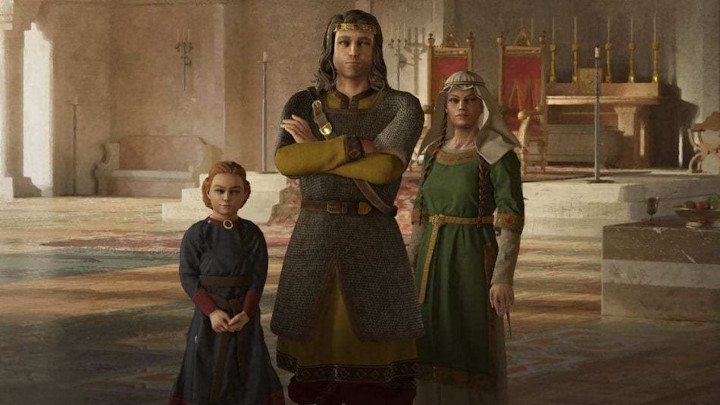 Playing the Crusader Kings series often proves the truth of the statement that you are best off with your family in the pictures.

Crusader Kings III is coming exclusively to PC. The title will launch on September 1, this year.

Here's Some Beautiful Concept Art From Ghost of Tsushima

Tenet is Yet to be Released, and it's Already Conquering the Box Office