UPDATE: Vice, citing an anonymous source with access to Nintendo's internal customer service documentation, reports that employees of the Japanese company have received new guidelines for "drifting Joy-Cons". According to the updated rules, repair of defective controllers is free of charge regardless of whether they are covered by the warranty or not. In addition, all customers who have paid in the past for the repair of these devices can now claim a refund for the service. 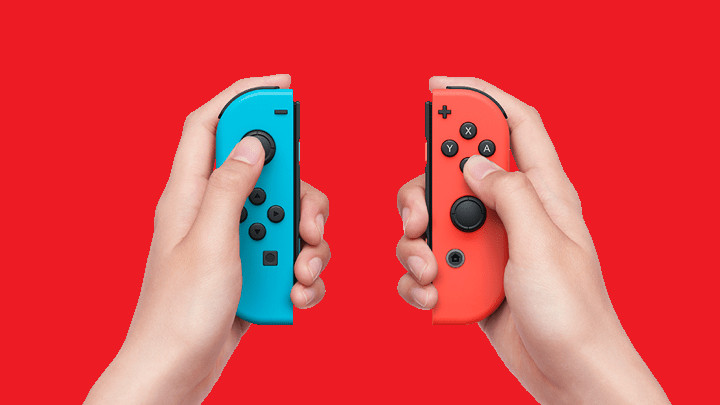 The problem with controllers is common and serious.
IN A NUTSHELL:

Many Switch users have recently complained about the problem of so-called "drifting Joy-Cons". It consists in the fact that the controllers send a signal to the console about the movement of analog knobs even when the player does not touch them. Replacing a Joy-Con with a new one is expensive, and the risk that the replacement will also be defective is high. The Verge requested Nintendo's comments on this matter. The website received the following statement in response:

At Nintendo, we take great pride in creating quality products and we are continuously making improvements to them. We are aware of recent reports that some Joy-Con controllers are not responding correctly. We want our consumers to have fun with Nintendo Switch, and if anything falls short of this goal we always encourage them to visit http://support.nintendo.com so we can help.

Nintendo offers repair of defective controllers under warranty, which is 90 days for accessories and 12 months for devices. Whether our Joy-Cons belong to the first or second category depends on whether we bought them separately or got them in a set with Switch. The cost of post-warranty repair of controllers is 40 dollars, which is about as much as the price of a new Joy-Con. Unfortunately, even this does not give us the certainty that the problem will be solved. Those who have decided to have their controllers repaired maintain that drifting has returned - in some cases after a few months, in others immediately after the equipment was returned from maintenance.

Bitter about the whole thing, American Switch users decided to take the matter into their own hands and are already preparing a class action lawsuit against Nintendo. On the Chimicles Schwartz Kriner & Donaldson-Smith LLP website, United States citizens can complain about the Japanese company using the form provided there.

The fact that Switch has construction errors was said from the very beginning of the console's existence. Some of the faults were eliminated with time (such as the sensitivity of the left Joy-Con to any radio interference), but some of them trouble the device until today (e.g. the docking station bending the console and scratching its screen). Let's hope that in the recently announced new models Nintendo will finally improve all the shortcomings of Switch.