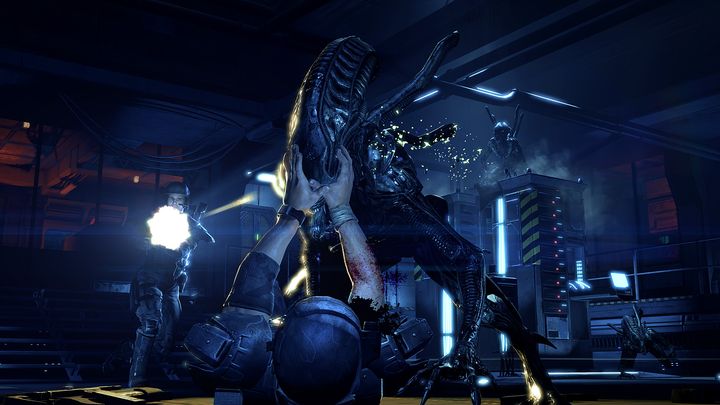 VG247 interviewed Chris Avellone, co-founder of Obsidian Entertainment and currently an independent developer. Thanks to the conversation, we got to know a number of backstage facts and details related to the cancelled RPG game set in the Alien film universe - Aliens: Crucible. The creator describes this production as "more terryfying Mass Effect".

"Aliens: Crucible was really sad to see cancelled, but I dont blame Sega for it. It would be like  this is going to be really rough comparison  basically Mass Effect but more terrifying," said Avellone.

Continuous tension and a Prometheus-like story

We also learned a number of details about the plot of the title. Interestingly, in some ways it was similar to the Prometheus movie from 2012 (prequel to the original Alien). The action was to take place on a dangerous planet with the remains of the fallen civilization of the so-called Engineers.

"But as youre entering the atmosphere, [you realise] that this planet is incredibly unstable, so your entire crew gets blasted all over the planet. And you land and the player, and some marines, and your squads, and scientists  and the weird thing is that when Prometheus came out, I saw some of the similarities, [and thought] oh, we had a character like that. But the entire world was more violent and there were a lot more Aliens running around. It was more a question of survival, and how do we recover all the supplies, and desperately try to make a base? It was fun to set up," explained Avellone. 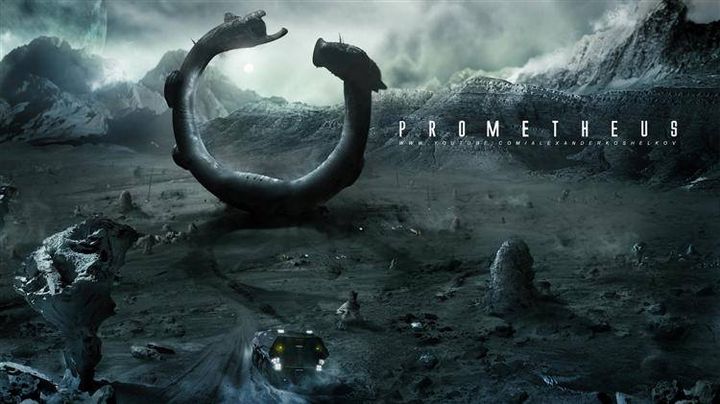 The developers wanted the game to be terrifying and to keep the player in constant suspense. Even conversations with NPCs would not have allowed us to rest from fear, because xenomorphs could attack us at any time - also during a conversation.

"The biggest challenge we had was how to keep the fear going even in conversations, Avellone remembered. You can make conversations stressful and frightening. How do you do it so that an alien could be attacking you at any moment? You cant take shelter in a conversation with two talking heads while you try to figure out what to do."

Why was the project cancelled?

The cancellation of Aliens: Crucible took place in 2009 at the initiative of the game's publisher - Sega. Works on the game were stopped, although much of it was pretty much ready. Chris Avellone shed some light on the question of why the Japanese company decided to make such a decision. The reason was the problematic cooperation with developers.

"We wanted to make it. But by that point Sega, I think, was the publisher/management relations had gotten to a point where they were just tired of dealing with [Obsidian]. Everyone working on Aliens: Crucible was really excited about it. It was shaping up to be a really cool game. The prototype was really cool. But then Segas like nope!" reveals Avellone. 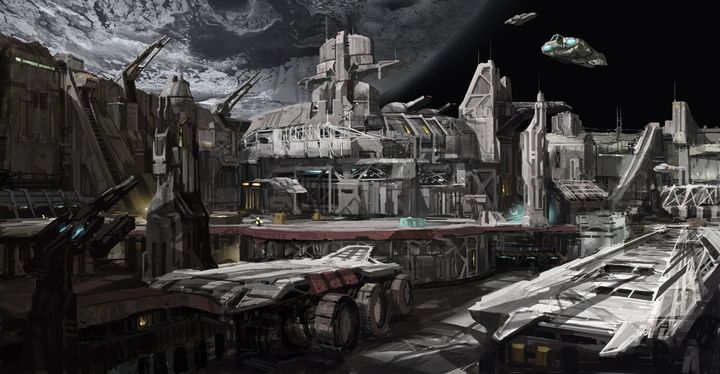 Artworks from Aliens: Crucible cannot be denied their atmosphere.

It is worth mentioning that Obsidian Entertainment simultaneously created the spy action RPG game Alpha Protocol for the Japanese publisher. The game was also delivered in great pains - according to some, the problems were so great that it shouldn't have been created at all. Ultimately, the production was released in 2010 but was poorly rated and did not sell well, closing the door for a sequel. It seems that someone at Sega has decided that they would rather have one finished title than two eternally in the works. Do you think the decision to cancel it was correct? Or should the company have given Aliens: Crucible a chance?