During the Digital Dragons 2016 conference that is taking place in Kraków right now we got a chance to meet amazing developers from all around the world. We also sat down with Feargus Urquhart, the CEO of Obsidian Entertainment, known for his work on the Fallout series, Planescape Torment, Icewind Dale or the critically acclaimed Pillars of Eternity.

Obsidian has just released Pathfinder Adventures and is developing Tyranny announced this March. However, during our interview with Obsidians CEO, we found out that the studio is already working on Pillars of Eternity II. 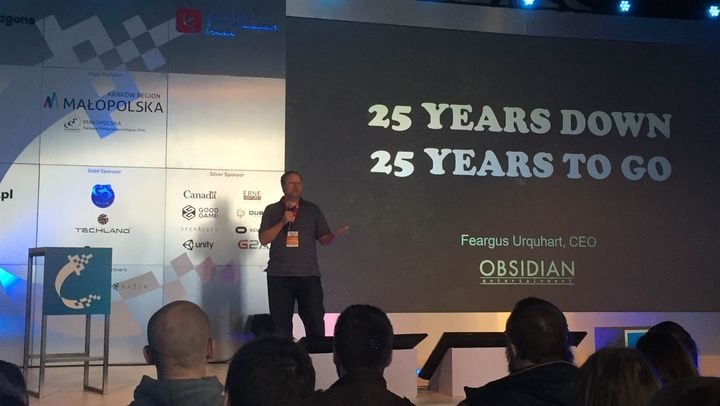 Feargus Urquhart during his talk at Digital Dragons 2016 in Kraków.

When talking about the general idea of crowdfunding Obsidians games, Feargus said that they thought about crowdfunding Tyranny, but decided to do it on their own instead. However, theyre most probably going to turn to Kickstarter to crowdfund Pillars of Eternity II, and thats when Feargus shared what theyre currently involved in:

Obviously, as youve probably guessed, were starting to move forward on [Pillars of] Eternity II. That is probably something that we want to look at [in terms of crowdfunding]. I think people felt like we delivered on our promise, and then that felt like we could go with Eternity II and people would support us again, because they trust us.

When we asked him about an official announcement of Pillars of Eternity II, thats what he had to say:

Eternity II is not announced, [but] it seems silly for me not to acknowledge it, though. If someone asks: Are you working on it?, I respond: Well, wouldnt you work on it?. So then they say: So you must be working on it, and then Im like: Well, yeah.

That second quote came up when we were talking wilk Feargus about everything that Obsidian is currently involved in. Theres Armored Warfare, Tyranny, the card game Pathfinder, and Pillars of Eternity II. However, Obsidians CEO also mentioned that theres a small group of people within the studio thats working on something completely new, but he didnt want to share any details yet. Whats worth noting, though, is that the names of Tim Cain and Leonard Boyarsky came up while talking about this project. Feargus didnt say that directly, but he pointed out that it might have something to do with the prototype based on the Unreal Engine, which he mentioned during his podcast with Game Informer. 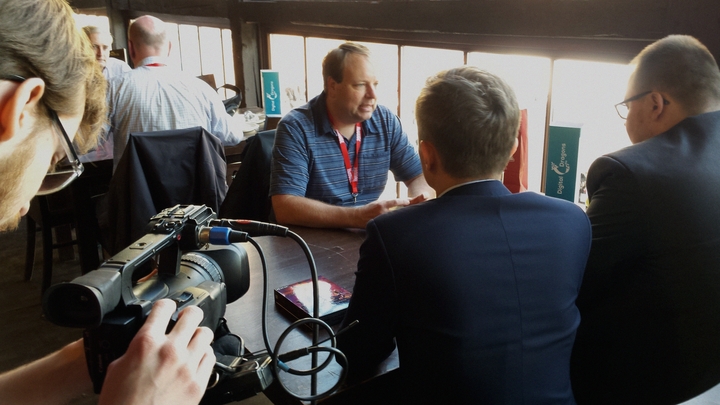 Feargus Urquhart revealed a lot of interesting things during our interview at Digital Dragons.

Feargus Urquhart is a computer game designer who worked on both Fallout and Fallout 2. Hes the CEO and founder of Obsidian Entertainment, which now employs over 220 people and is working on numerous projects. Obsidians latest game, Pillars of Eternity, came out in 2015 and it was followed by a two-part expansion, The White March.

Our full interview with Feargus Urquhart will be available soon.

Stellaris: expanded mid-game promised in the future updates and DLCs