The pre-Christmas gift shopping season in the U.S. started some time ago. Thus, the first analysis of this year's consumer trends appeared in the web. It turns out that recently the most expected gifts were electronic devices. The unquestionable leader among them is PlayStation 5. 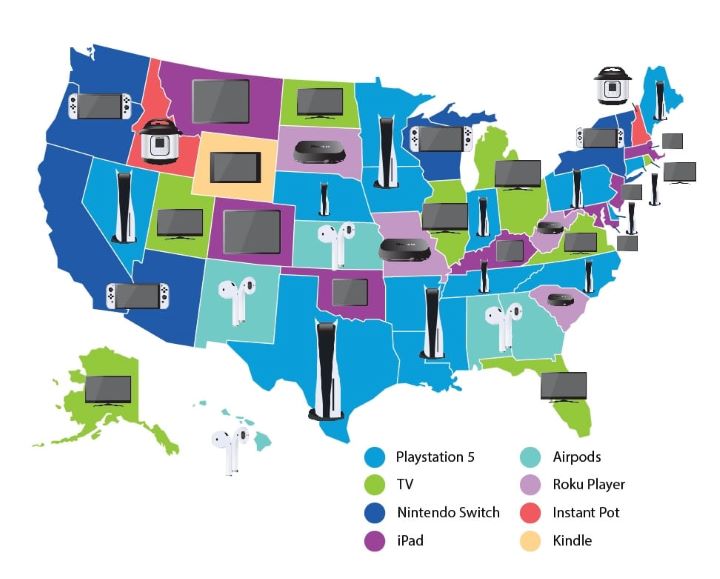 Sony's latest console turned out to be the most commonly considered gift in fifteen of America's fifty states. Interestingly, it's not the only such device that was popular. The third place in the ranking was taken by Nintendo Switch (seven states). Consoles were separated by various televisions. Their purchase was most often considered by residents of ten states. Additionally, the list included AirPods, iPads, Roku Player, Instant Pot and Kindle.

It is worth noting that the ATTExperts.com research does not reveal the actual sales results of the aforementioned devices. They were based on the popularity of particular keywords in Google Shopping. Thus, they show which purchases were most often considered by Americans. In the end, however, they may have purchased completely different products. Instead, the results of the survey clearly indicate that the PS5 is hugely popular.