Fans of Half-Life universe will be happy to know that a new chapter of the story is nearly out in the wild. Prospekt is a one-man project by Richard Seabrook and approved by Valve Software that takes us into the titular Nova Prospekt prison. While Gordon Freeman is getting overrun by soldiers in the facility, another hero arrives to aid him. This is none other than Adrian Shepherd, the US Marine who was the protagonist of Opposing Force, Gearbox Softwares expansion for the original Half-Life. The game will go live on Steam later today. Right now you can pre-purchase it for $9.99. 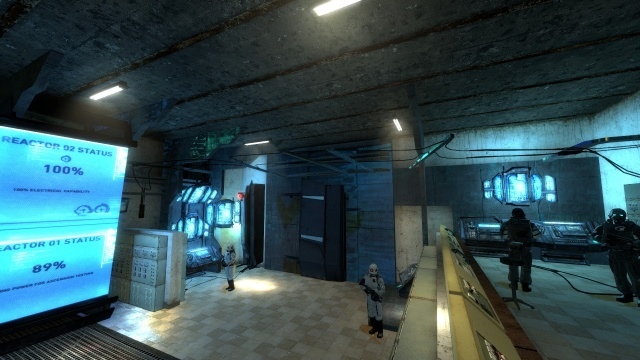 Are you ready to return to the Nova Prospekt prison?

Prospekt is actually a standalone game built on Source engine that uses improved Half-Life 2 assets. In terms of length it compares to Half-Life 2: Episode One, according to the author. It offers 13 new levels with scripted puzzles and shooting sequences that complement the Half-Life 2 story. Besides, the developer made effort to enhance some visuals, as well as implement new audio, including voice acting and music. Interestingly, Prospekt even lets us revisit Xen world, which was absent from the Black Mesa mod.