The recently announced 1.19.1 update for Minecraft has not been well received by the game's community. The biggest controversy was the change regarding the new moderation and the system of reporting players who break the rules.

After the new order comes into force, moderation will have the ability to ban a player from any form of multiplayer play - even on private servers. These rules are now facing a lot of resistance from players - one of them decided to protest in an unusual way.

Cloak of oppression under fire

The main addressee of complaints became Microsoft, as the company, which owns developers working on Minecraft - Mojang.

To the fans the market giant appears in this case as "an evil corporation launching an assault on gamer independence."

One of the forms of protest, which recently are gaining popularity among the community, has become symbolically setting fire to an item associated with Microsoft - the Migration Cape. It can be obtained for free after transferring your Minecraft account to Microsoft services. 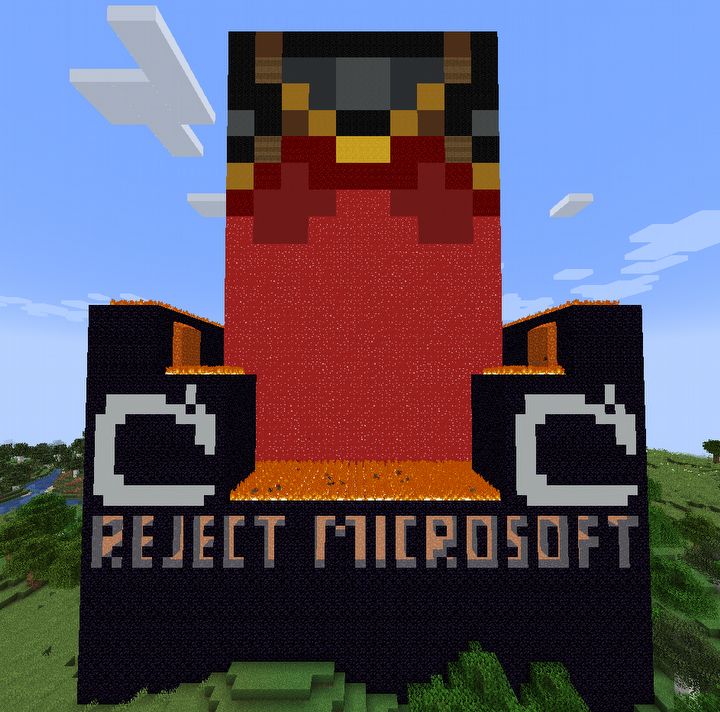 Gamer known as popbobsnob published his form of protest on Reddit: a statue depicting a cape of oppression, surrounded by a pedestal with the words "reject Microsoft". The protest post received nearly 40,000 reactions in three days after publication, and you can feel the irritation in the comments.

Players have no illusions that the new moderation with "improved" options for reporting users is a step in the wrong direction, which they express in the comments.

"I think that anyone who wants to remove the new reporting system from chat should not use this cape," writes Reddit user SuperTesmon.

Players who have been using this cape so far declare that they will remove it from their inventory as a sign of protest. Additionally, there are ideas to create a single cape which will become a symbol of resistance

"We need to create anti-Microsoft capes and then make as many players as possible wear them," these are the words of Reddit user kaziglu6.

Criticism of the new solutions can also be seen on the official forum of the game. Under the post in which the developers ask for comments on update 1.19.1, the topic of new moderation completely dominated the discussion.

"As a server owner, I don't feel safe with the chat reporting feature. It delegates an important part of server management to global moderators who I don't know, who are only human, make mistakes and have their own biases. It also facilitates the invasion of my privacy in a place where I am comfortable [...]," is the statement of an anonymous forum user.

It is obvious that player dissatisfaction is growing, which may lead to an organized action aimed at forcing the developers to reconsider their decision. The update is expected to debut tomorrow, when we will see if there is anything to fear.

50 Years of Atari; There Would be no Gaming Without It

Lost Ark Joins Forces With The Witcher 3; Gets New Class