For the players who love Psychonauts, a moment of truth is approaching: was it worth waiting more than 16 years for the follow up to the original? After all, we've seen more than once and more than twice that the return of old friends doesn't always turn out as well as dreamed by longing fans. We can check out how it went this time around bades on the freshly published reviews for Psychonauts 2.

It seems that fans can breathe a sigh of relief. Psychonauts 2 is an excellent title that has captivated the critics with its unusual world and colorful cast of characters. Both elements are praised in all reviews, and they were among the reasons why Psychonauts gained iconic status in the first place. Every character here is memorable, not just for their looks, their voice (the actors did a great job), or their behavior, because - as befits a game where we literally explore the psyche of different people - there's a lot more depth to the characters than you might think at first glance. The same goes for the story, which not once or twice touches on more difficult topics, but does so tactfully (and humorously) so that these themes do not interfere with the joyful fun and exploration of beautiful locations accompanied by an excellent soundtrack.

Of course, audiovisuals, atmosphere, and depth of the world and characters are not everything in a video game. Fortunately, Double Fine Productions did a good job in terms of gameplay as well. Admittedly, some reviewers have mentioned some glitches, such as unreliable camera work or sluggishness of controls (for example, when changing the powers used by Raz). Some critics also drew attention to the combat, clearly better than that in the first installment of Psychonauts but still leaving a little to be desired.

Despite this, as you can see from the reviews, practically all the journalists had a great time. The puzzles and platforming sections are at a very high level, every now and then Psychonauts 2 surprises us with inventive, memorable levels. There is also optional content, and most of these additions are so engaging that they not only do not cause boredom, but even encourage us to search for the collectibles (although some reviewers wondered if it is not a little too much). 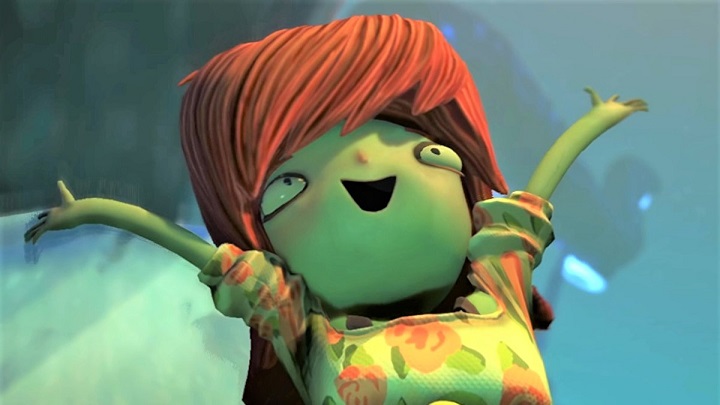 Raz fans can already celebrate the successful return of their favorite character.

To sum up: Psychonauts 2 is a beautiful, fun and highly playable game that was worth waiting years for. Double Fine Productions delivered a title that surpasses its predecessor in every way and will captivate not only fans of Raz's first adventure (and the VR spin-off). Add to this the lack of complaints about the game's performance and very few mentions of bugs (at least on Xbox Series X and PC), and it's hardly surprising that many reviewers recognize the second installment of Psychonauts as a solid candidate for Game of the Year.

Whether or not, and how well deserved, that praise is, we'll be able to find out soon enough. Psychonauts 2 will be released on August 25 on PC, Xbox One, Xbox Series X/S and PlayStation 4. On PS5 we'll play the title only as part of backward compatibility. The game will be available from launch on the Xbox Game Pass service.

A Love Letter to Gaming; The Witcher, Skyrim and CP2077 as 'Living' Miniatures