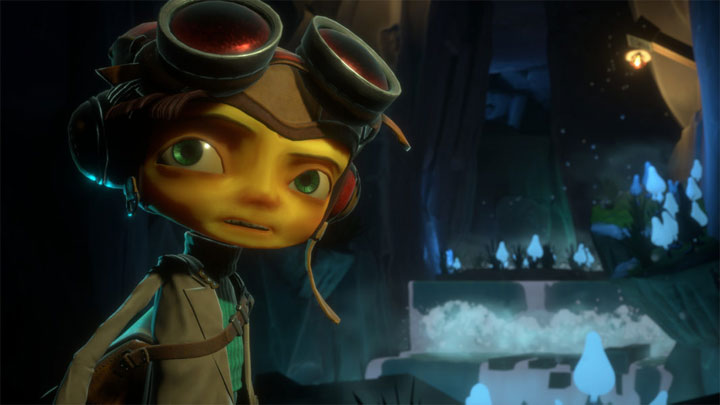 We'll wait until next year for Psychonauts 2.
PSYCHONAUTS 2 IN A NUTSHELL:

We have bad news for gamers waiting for Psychonauts 2, the continuation of the classic 3D platformer from 2005. Double Fine Productions, the studio responsible for the project, announced that the production will be delayed and will not be released until next year.

The devs also stressed that Psychonauts 2 is still headed for PlayStation 4. Many fans were wondering if this version hasn't been cancelled as Microsoft announced its acquisition of Double Fine Productions at this year's E3 fair. The Sony console release is to launch simultaneously with the PC and Xbox One editions.

Such a decision is not surprising, as it was similar in the case of Obsidian Entertainment and inXile Entertainment studies. Both teams were acquired by Microsoft last year, but both The Outer Worlds and Wasteland 3 are still headed for PlayStation 4. We expect that eventually all three teams will start to create projects exclusively for the PC and Xbox consoles, but if that happens, it will be in the future.

We've been waiting a long time for Psychonauts 2. The game was announced in 2015, and its development was made possible thanks to the success of the crowdfunding action on Fig, during which over 3.8 million dollars were raised.

Initially, the launch of Psychonauts 2 was planned for autumn 2018, but then it was moved to 2019. It remains to be hoped that the latest delay will be the last one and the game will debut in 2020.

Cyberpunk 2077 Without The Option To Kill Children