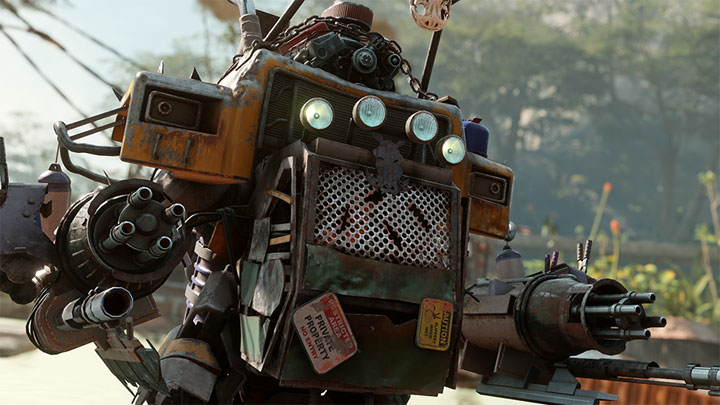 We are only a few days away from the release of the post-apocalyptic FPS RAGE 2. Bethesda, the game's publisher, decided that it was good time to reveal the game's roadmap. This includes both updates and paid DLC.

In May, community challenges will be added to the game, new challenges will appear every week, at least until the end of June. The participating players will be rewarded with unique skins. In addition, this month's Rage 2 will feature a new event called Bring the Ruckus, in which a character known as Ruckus the Crusher will play the main role. More information about it will be disclosed at a later date.

In June, the game will be updated with a new set of community challenges and additional events, including a clash with giant enemies and the ability to pilot a mech. The patch will also introduce previously unavailable cheats.

In July we will get a new vehicle and a new type of enemies will appear in the game world. We will also receive new challenges, cheats and skins. The August patch will also introduce similar elements, but the most important event of this month will be the releae of the first paid expansion, titled Rise of the Ghosts, which will enrich Rage 2 with a new region with unique adventures, skills and vehicles.

Plans for the next few months are less precise. The only thing we know is that they include another patch with free content and a second paid DLC.

RAGE 2: Rise of the Ghosts