As announced earlier, Bethesda showed RAGE 2 at the conference. Developers from id Software and Avalanche Studios presented the free attractions we are expected to receive next month, as well as the Rise of the Ghosts expansion, which is due to be released later this year.

The list of the former is dominated by a powerful mech called Boom Bringer. In addition, the list includes: Global Worming event (during which we will meet a giant worm straight from the Dune) and Bug Swarm (allowing us to survive an insect invasion), a one-wheeled vehicle called Armadillo, a motorcycle bearing the name of the Ghost, additional missions (Stanley Express) and new "cheats". All this will be complemented by bonus weapon skins, daily events and fresh challenges.

As for the Rise of the Ghosts expansion, it's a major add-on that introduces a new story and area that hasn't been available before. In addition, it will feature a new ffaction, fresh weapons or a new skill for the hero. The list of attractions waiting for us closes with the New Game Plus mode and higher difficulty levels, which developers are also working on. 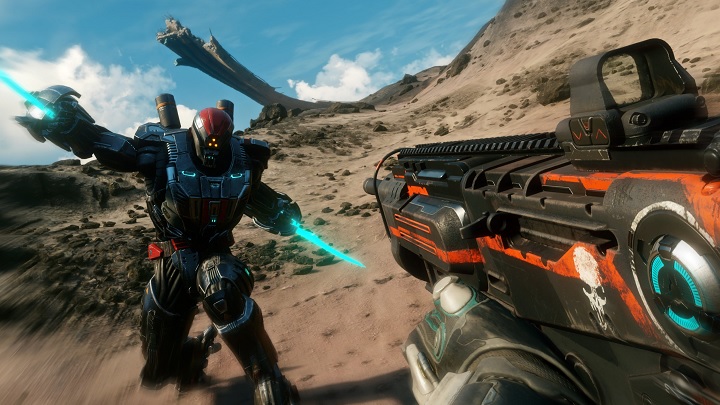 RAGE 2: Rise of the Ghosts