The premiere of Rainbow Six: Extraction is imminent. The latest online shooter will launch on January 20 on PC, Xbox One, Xbox Series X|S, PlayStation 4 and PS5. Now Ubisoft has announced that the title will be available on Xbox and PC Game Pass services from launch day. Subscribers will be able to play it via PC, Microsoft consoles and the cloud.

In addition, the PC requirements of Extraction were revealed. They are not too excessive, so if you have some older hardware, you will still be able to play on the lowest visual settings. 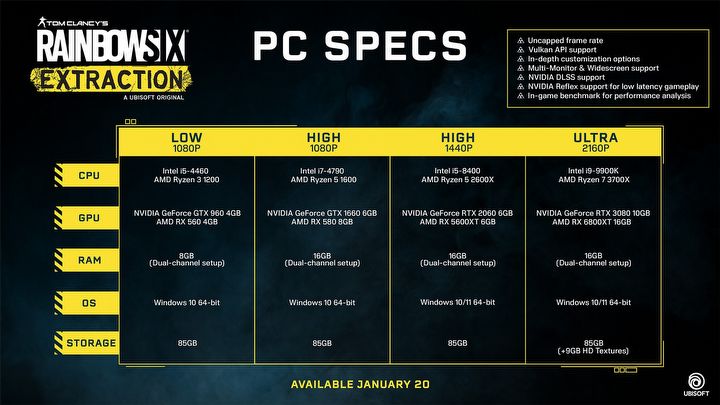 Additionally, Ubisoft also announced that its subscription service will come to Xbox consoles in the future. However, the exact date is not known.