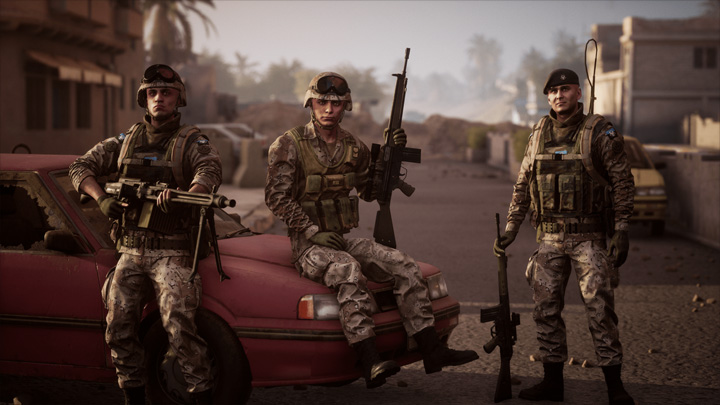 Version 1.0 offers, among others, a new faction.

After more than four years spent in early access we finally got to see the release of the full version of Squad, a tactical shooter focused on multi-player battles. The game is available only on PC and can be bought on Steam for $29.99. This is a special price - on September 30 it will be raised to around $37.

Version 1.0 brings many novelties. The devs added one map (Fallujah) and the Middle Eastern Alliance, fighting against Middle Eastern rebels, joined the faction available in the game. In addition, the servers now allow up to a hundred players to play simultaneously. There is also a lot of improvements to the graphics, game mechanics, equipment and game balance.

On the occasion of the release of version 1.0 a new trailer was also published, which you can watch above. The game's departure from early access has attracted the attention of many players. At the hottest moment of last night, eight thousand players were playing Squad at the same time. This is the best result in many months.

The quality of the game is best demonstrated by user ratings. The game has almost 41 thousand reviews on Steam and 87% of them are positive. Counting only notes from the last 30 days, as many as 91% of players considered the title worthy of recommending.

Finally, it is worth mentioning the interesting graphic prepared by a fan known as Superia_X-TRA. He has created a visualization of player ratings on Steam, in which the Squad's logo was filled with the most frequently appearing phrases in the reviews.

Among Us 2 Canceled as Devs Focus on Supporting AU1

Kirby Fighters 2 is Available Now on the Switch