Just a day after Nintendo seemed to accidentally leak their plans for Kirby Fighters 2, the game is now available on the Switch. Nintendo announced this in a launch trailer you can watch here. 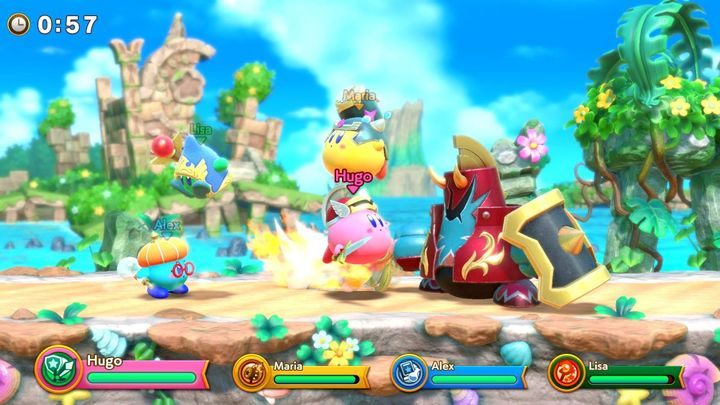 Battle it out in Super Smash Bros style platform combat, but with seventeen different Kirby fighters. Most are based on a classic copy ability such as Sword or Cutter, but there is also the new Wrestler.

In total there are twenty-two playable characters, with the seventeen different Kirbys alongside five other characters including King Dedede, Meta Knight, Bandana Waddle Dee, Gooey, and Magolor.

The game features local co-op and online play for up to four players. There is also The Destined Rivals, a two-player story mode where the players climb a tower to eventually square off in a team battle with King Dedede and Meta Knight. Try out the Single-Handed Mode for single player challenges.

Which Kirby will reign supreme? Kirby Fighters 2 is available now on the Nintendo eShop.