Red Dead Redemption is no longer available on PlayStation 4 and PlayStation 5. Although the game originally came out in 2010 for the PS3 and Xbox 360, as of 2016 it could be played on Sony's newer devices via the PS Plus subscription (previously Now - via streaming). Until now.

This means that those wishing to revisit John Marston's story will have to either dust off their older hardware or run the title on Xbox One or Xbox Series X|S as part of backwards compatibility. 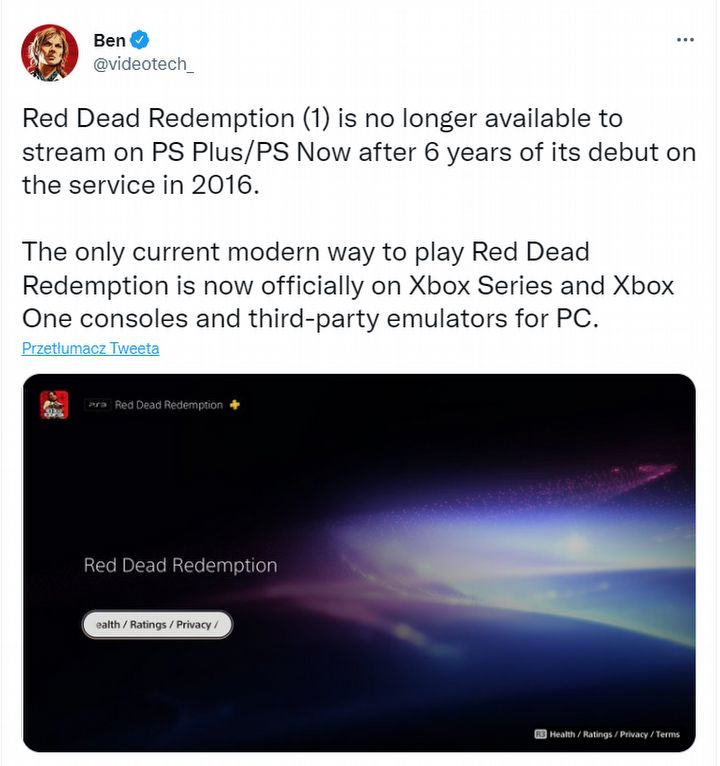 Perhaps the game will still appear in one of the PS Plus subscriptions at some point, but for the moment the only option to play the first Red Dead Redemption on PlayStation is to dust off the old PS3 and dig out a physical copy of the game on disc.

Unfortunately, for the time being, fans don't have anything to look forward to a remaster of RDR. If you believe reports from July, the failure of GTA: The Trilogy - Definitive Edition has effectively cooled Rockstar Games' enthusiasm for making more remasters. At least until the completion of GTA 6.

For the time being, to those who like to return to the first Red Dead Redemption, are left to either wait for the game's return to subscription, or play it on Microsoft's newer consoles (not counting the aforementioned PS3 version). At least it will be possible to play in 4K resolution.

Beta Forcibly Removed From Drives After Being Cracked by Hackers

Potionomics - recipe for the best potions

Beta Forcibly Removed From Drives After Being Cracked by Hackers

God of War Ragnarok Space Requirements on PS4 are Impressive