UPDATE: The author of the entry has admitted that his information has nothing to do with the truth. The user explains that it was a kind of experiment.

"This was an experiment I have always wanted to do regarding the spreading of rumors in video game culture. Ive been thinking about this for a while and wondering how I was going to do it, then I saw red dead online was basically being ignored (most likely not, but the fans are in the dust about it, including me) so this was basically a good starting point for me. So first I thought about here there were a lot of alien references in RDR 2s story mode, so I started my leak on that. I made up a somewhat believable story that my friend from rockstar told me," we read. 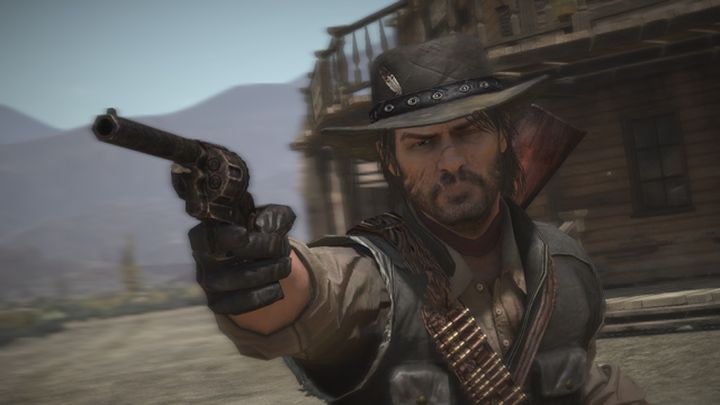 A Reddit user named throwaway1113454 claims that Rockstar Games is working on a full-fledged remake of the first part of Red Dead Redemption. The user refers to his acquaintance in the aforementioned development studio, but does not present any evidence to support his revelations.

The creators supposedly wanted the game to debut in 2020 - just in time for the 10th anniversary of the original Red Dead Redemption. However, due to delays a launch in 2021 is now more likely. The title is to be created almost from scratch - we will get not only new audiovisuals, but also a larger map, dialogue lines referring to the story of RDR2 and all its characteristic gameplay mechanisms.

All the new features from the new game are going to be imported into RDR 1 plus the map is getting expanded a bit to make it more vast (RDR 2 map is not apart of this because it is not needed in the story, its mostly just making the desert bigger.) Rob has came back and recorded new lines of dialogue to help connect the two stories (References to Arthur and events of RDR 2 naturally), reads the entry.

The above information is, of course, only a rumor, in addition, coming from an unreliable source. It is worth noting, however, that this is not the first time when there were assumptions concerning possible works on RDR remake. Such a scenario would also fit in with the Take-Two plan to create more games, which was revealed some time ago. Refreshed Red Dead Redemption is a project that would perfectly complement the publishing calendar - it does not require so much work as a completely new production, and it would be an almost certain sales hit.

The first part of Red Dead Redemption debuted on May 18 2010. The game is available only on Xbox 360 and PlayStation 3.