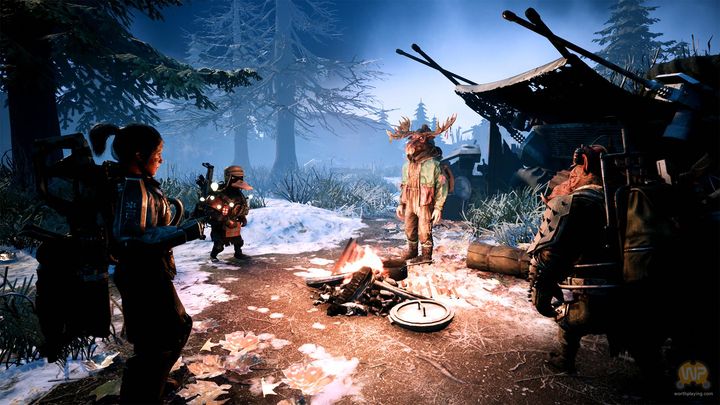 The first big expansion to Mutant Year Zero: Road to Eden will be released on July 30.

Funcom and The Bearded Ladies have announced the release date of Seed of Evil, ax expansion to last year's Mutant Year Zero: Road to Eden. The expansion is due to be released on July 30, this year on PC as well as PlayStation 4, Xbox One and Nintendo Switch consoles. As a result, the Deluxe edition was delayed. It will appear on the same day and, in addition to the basic version of the game, will contain the aforementioned DLC.

In addition to the release date, the producers also revealed some details about Seed of Evil. It will be a continuation of the history known from the basic version of the game. This time the Arc will be threatened by the mysterious roots that affect the inhabitants of the last bastion of mankind. The search for answers will lead the heroes to new locations where they will meet new opponents, gain new equipment and acquire another team member - a moose named Big Khan.

It is worth recalling that Mutant Year Zero: Road to Eden is a post-apocalyptic tactical game, which was released on December 4, last year. During the game, players take control of a group of mutants who travel through a ruined world in search of the mythical Eden. The game met with a warm reception from reviewers - the average rating of the PCversion on Metacritic is currently 78%.