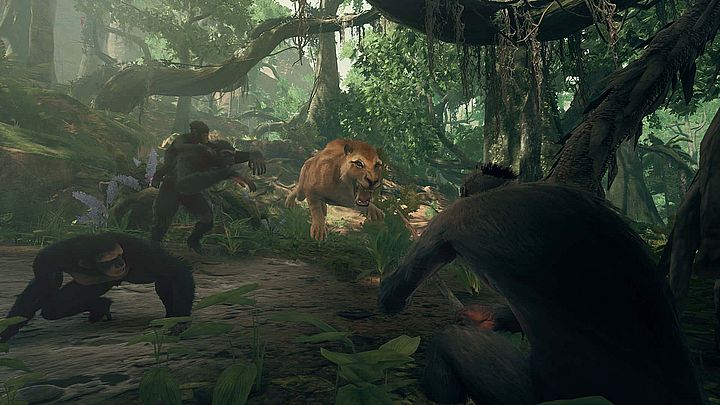 Panache Digital Games and Private Division announced that Ancestors: The Humankind Odyssey will be released on PC on August 27, this year. Let us remind that the game will be a temporary Epic Games Store exclusive. Xbox One and PlayStation 4 owners will have to wait until December for the title to debut on their devices. The creators shared this information with the world via Twitter, adding that in some time it will be possible to place pre-order.

Four years have passed since the first announcements of Ancestors: The Humankind Odyssey. The production will take the player up to 10 million years back. Our job will be to enable the monkeys to "learn some culture" - that is, to bring about the successful evolution of our species. The game will be watched from the perspective of a third person, playing the role of a humanoid representative of the primates. Panache Digital Games studio, for which the game is a debut project, is responsible for the production. However, we shouldn't be worried about the quality of the game - the team is led by Patrice Desilets, the man responsible for several installments of the Assassin's Creed series.

The first announcements show that one of the key actions will be the proper management of the clan. Accepting the right members, creating families and working together are intended to increase the chances of survival in the wilderness of African Neogene. The success of this project will also depend on the choices made by the player during the game. On the occasion of the reveal of the launch date, the creators have published a trailer, which you can see below. You will learn a little more about the game from it.