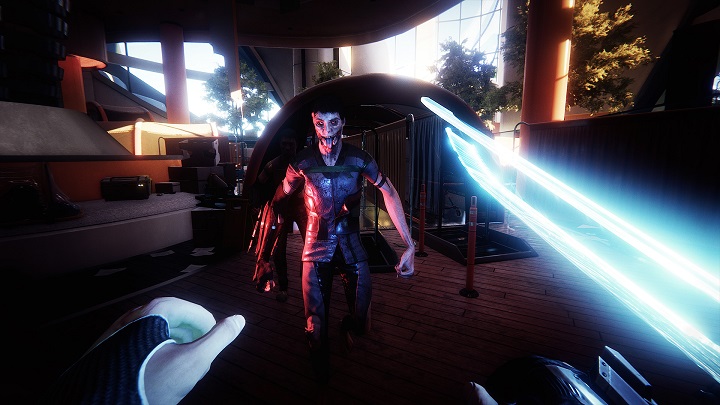 Today we have learned the official release date of NVYVE's debut game - P.A.M.E.L.A. The title will leave Early Access on Steam on June 18, this year and will also be available on GOG. P.A.M.E.L.A. is a survival horror game strongly inspired by the System Shock series. In the game, we play as the last surviving inhabitant of an island almost entirely occupied by the Eden entertainment and shopping center. The rest of the population has been decimated by a mysterious disease, and the player's only ally will be the title Pamela, the AI managing Eden. With the game's official release, a new story mode, main story line and side tasks will be added to the game, among others.