New update for Resident Evil Village is now available. It fixes some of the issues with the game's performance and introduces support for AMD's FidelityFX Super Resolution.

The update "weighs" about 1 GB and fixes the most pressing deficiency in the game's performance - namely microstutters, which the players have complained about. Changes have also been made to anti-piracy protections that caused fps drops in the game. Capcom recently promised to look into the problem and, as you can see, the devs have responded to fans' appeals.

The difference in frame rate when playing with FSR support (left) and without FSR (right).

Shortly after the release of the update, a video appeared on YouTube channel Sammy, showing the difference in performance between the "old" version and the new one, with the patch introducing support for AMD FidelityFX Super Resolution technology (the direct comparison starts at 08:14). From the material we can conclude that FSR significantly improves performance in RE8.

AMD FidelityFX Super Resolution (FSR) is a spatial scaling technology that improves the smoothness of animations in video games. FSR is meant to help improve performance when using newer and older graphics cards from AMD (belonging to families like Polaris and Vega), as well as on Nvidia's RTX and GTX series chips. It is, in a way, an answer to DLSS (Deep Learning Super Sampling) from Nvidia that has been present on the market for some time now. AMD's software has recently been released as open source. This will allow for smooth implementation of FSR in more productions.

While AMD's FSR technology does impact frame rates during gameplay, the changes made to DRM security may have been more significant for many, as they were the ones responsible for fps drops. Ironically, this shortcoming was discovered thanks to a pirated version of the game. The comments on Twitter also highlighted the harm done to honest players, who were doomed to stutters caused by the anti-piracy measures. There have been voices suggesting Capcom get rid of this type of software in the future:

"People that pirate literally aren't affected by anti-piracy measures at all. Period. The end. Everything is cracked. This is solely impacting paying fans. Just get rid of it entirely," Connor Turner writes under Resident Evil account's tweet.

"As a paying customer, I should never be impacted by anti-piracy technology. I should not have a worse experience than someone who pirated the game. Don't make this mistake again or more people will opt to steal your games in the future," wrote another Internet user named Steve. 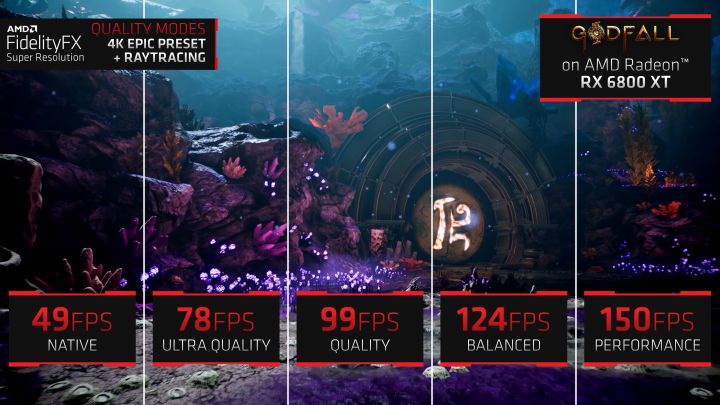 A direct comparison of how FSR technology works in Godfall. Source: gamingsociety.pl

Lack of security features in video games - even big-budget ones - is nothing new. Examples include The Witcher 3 or Cyberpunk 2077 from CD Projekt Red, which are available as "DRM-free" games on GOG.com.

More FPS in CS:GO - Steam Overlay May be Causing Drops