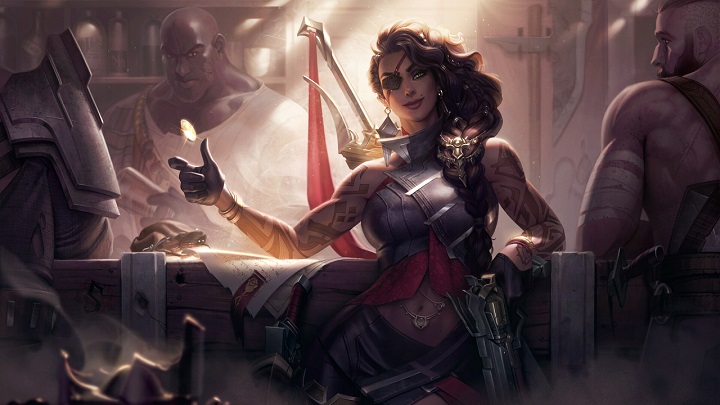 Samira is the new champion in League of Legends.

Negative opinions of players about League of Legends' newest character have not turned out to be unfounded and the developers from Riot Games have already decided to nerf the heroine (it's worth remembering that changes are rarely made so quickly, so it seems that they were really needed). Thus, Samira lost some starting health points, and her ult damage was significantly reduced. This is supposed to make her weaker in the early stages of the game.

Yesterday, a new character, Samira, appeared in League of Legends. After her recent announcement and early testing, players expected her to be extremely powerful and annoying at the same time, but her official debut was much worse than expected. Many people even claim that Samir is one of the strongest characters in the history of LoL (judging by their condition on the day of the release). However, to understand what's wrong with her, we first need to take a closer look at her skills and abilities in the game.

Samira is intended to be played on the bottom lane as a marksman. Very interesting is her passive skill, thanks to which each unique attack performed by the heroine provides her with a style point (e.g. auto-attack, use of skills, auto-attacks performed after each other will provide a total of three style points). Style, on the other hand, provides her with additional movement speed, and when the maximum is reached (i.e. "S", for which a x6 combo is needed), they allow for the use of ult inflicting huge damage in a given area. It's also worth knowing that this ability has only three seconds of cooldown, so there's nothing to prevent it from being used again after getting enough style.

In addition, Samira's abilities enable her to move for a short distance (reset after a takedown), as well as deflect enemy abilities. All this makes it possible for the heroine to get away with way too much during the fight in later stages of the game. In theory, stopping her should be relatively easy, although Samira can escape from an uncomfortable situation, wait for the right moment, and then go into action again. The following videos illustrate it perfectly. It's no wonder that the players have showered the devs with negative opinions.

The current state of Samira was also pointed out by professional players, according to whom the character should receive appropriate corrections quickly. The whole situation is also not improved by the fact that just a few months ago, the developers from Riot Games reported in an official message that "new characters will be released with parameters that reflect their long-term balance" and they should not dominate the game from the beginning. As we can see, something went very wrong here. You can read more about this here. And what is your opinion of the new League of Legends heroine? Do you also think that Samira is too strong the way she is now?

Xbox One X Sales Increase, Possibly Due to Similarity to Xbox Series X