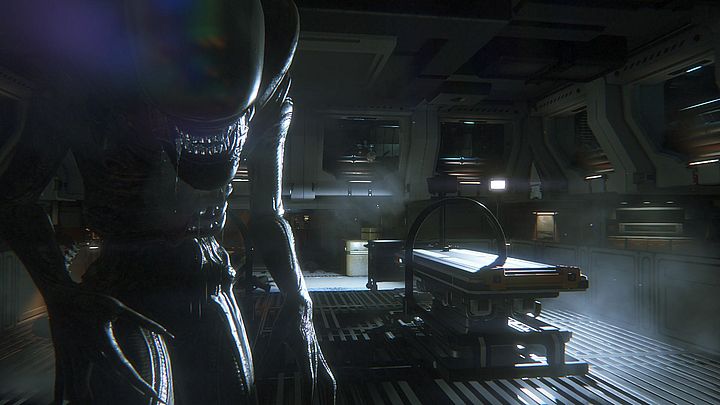 What will be the new IP from the creators of Alien: Isolation?

The fact that Creative Assembly is creating a new game has been known for a long time. The company has made it clear that we will be dealing with a new IP and that we should not expect a sequel to Alien: Isolation (at least not in the near future). The title will probably be set in the original science fiction universe. It seems that the production will not be focused only on telling an interesting story. There is much to suggest that creators can serve the players a game like Overwatch or Apex Legends.

What makes us think that? All because of the job offer posted by the studio, and the industry websites quickly picked up the topic. VG247 says that the company is looking for Lead Hero Designer, a person who will create interesting and playable characters. What's more, each of the designed heroes is supposed to have unique skills. To get to the position one must also understand the mechanisms of monetization and rewarding players.

It sounds as if Creative Assembly is really creating a first person shooter (which was confirmed by the devs themselves), in which we will be able to control one of the many unique characters. You will admit that it sounds similar to the premise of Apex Legends and Overwatch. Of course, you shouldn't get discouraged too quickly, because it's still just guesswork. All the more so because previous reports from the Alien camp talked about a tactical FPS. To dispel our doubts we will have to wait until the official announcement of the title.

British developer team at Creative Assembly is known mainly from the Total War strategy game series. History shows, however, that the company is able to provide players with great entertainment not only when enabling them to command a great army and conquer the world and the surrounding area. 2014 Alien: Isolation is undeniable proof of this. From the first news about stdio's new game, the players expected the continuation of the atmospheric title. As we already know, it's a no go. Let's hope that the new IP will meet the expectations of the community and offer an interesting storyline, as well as a well-thought-out mode for many players.