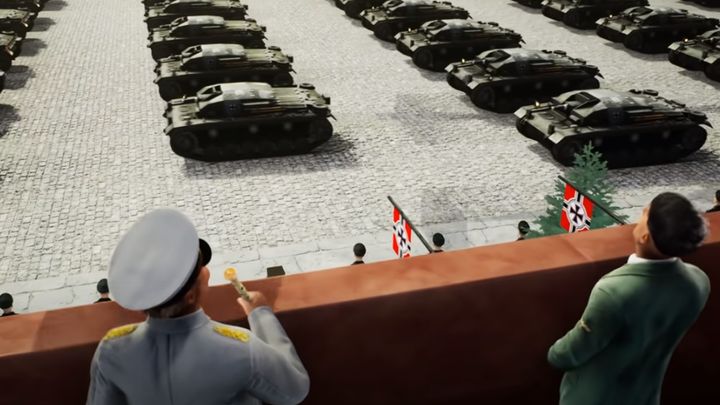 The Russian government did not like seeing Hitler in the Kremlin.

Strategic Mind: Blitzkrieg is a turn-based strategy game set during World War II. It focuses on the German army's land-based operations. The title launched on May 22, and on this occasion it was followed by a short trailer showing Hitler celebrating his victory in the Kremlin. As it turns out, the game and its trailer did not appeal to the Russian government, which demanded that Valve stop selling the game through Steam in the country.

The information was brought by the game's devs Starni Games. In a special entry they have published, they explained the details of the whole matter. As it turns out, Valve, the owner of the Steam platform, received a request to suspend the sale of Strategic Mind: Blitzkrieg in Russia. The request was made by Roskomnadzor, an office responsible for media censorship. According to the officials, the title promotes Nazi ideology. This is to be indicated, among other things, by the game's launch trailer. This is because Hitler appears in the material, receiving a parade of his troops in one of the most important places in Russia - the Kremlin.

Interestingly, the title was not withdrawn from sale on GOG.com, where the Russians can still buy it legally without any obstacles. As the devs indicate, it deprives players of the possibility to choose a platform. In addition, the fact that the game was pulled from Steam has caused a massive increase in the number of illegal downloads of Strategic Mind: Blitzkrieg.

At this point in time, the creators have no way of changing this state of affairs. Without the consent of the Roskomnadzor, it is practically impossible for the game to return to Russian Steam.