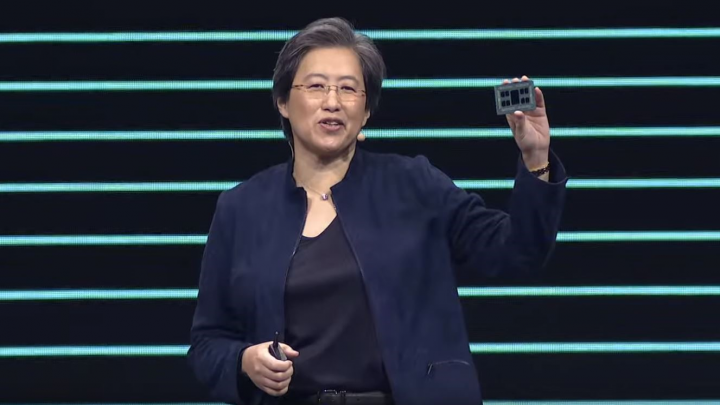 AMD's nearly one hour long conference at CES 2020 is behind us, during which the company presented a lot of novelties. First, the Ryzen 7 4800U, a mobile representative of the Ryzen 4000 family, named Renoir, was announced. It is based on the already known Zen 2, manufactured in 7 nm technology. It offers 8 cores and 16 threads with up to 4.2 GHz in boost mode. In addition, the new generation is to be twice as energy efficient as the previous one. Lisa Su has announced that more than 100 models of Ryzen-powered laptops from the 4000 series will be developed.

Another reveal was the Ryzen 7 4800H mobile processor, which is to maintain power and performance at the level of units known from desktop computers. It has 8 cores supporting 16 threads and a base clock of 2.9 GHz with boost up to 4.2 GHz.

AMD showed the world a new GPU - Radeon RX 5600 XT with the RDNA architecture we mentioned just before the new year. The model has 36 streaming units and clocking from 1375 MHz to 1560 MHz in boost mode, as well as 6 gigabytes of GDDR6 memory. The GPU is also to be available in a mobile version, marked with letter M. Radeon RX 5600 XT will be available for purchase from January 21 for USD 279.

At the climax of the presentation, Lisa Su returned to the stage, holding the world's first 64-core CPU from AMD - Ryzen Threadripper 3990X in her hand. It supports 128 threads and clocks from 2.9 GHz to 4.3 GHz in boost mode.

According to the announcements, rendering with this model will be 30% faster than with two Intel Xeon Platinum 8280 processors. The new Threadripper will be available on the market from February 7 this year for $3,990.