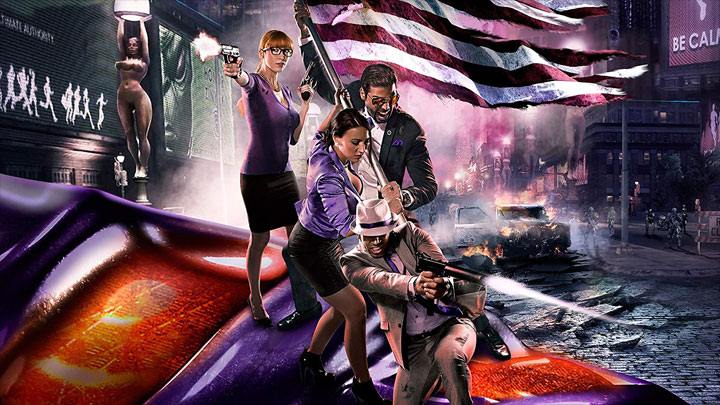 Six years have passed since the launch of Saints Row IV.
SAINTS ROW SERIES IN A NUTSHELL:

In the new financial statement of THQ Nordic there is information that Volition is working on the next installment of Saints Row franchise. This will be the first all-new part of the series since the 2013 release of Saints Row IV, as the 2015 Saints Row: Gat out of Hell was just a stand-alone expansion for SR4.

So far, no details have been disclosed regarding the new Saints Row. The only thing we know is that the game is already at an advanced stage of production, so we hope that we will learn more during this year's edition of gamescom.

The last game from Volition was Agents of Mayhem, released two years ago. The game met with a rather cold reception, resulting in layoffs in the studio. No wonder the team wanted to return to their most popular franchise after this failure.

The report contains a lot of other interesting information about the publisher's unannounced projects. It has been revealed that Fishlabs, known from the Galaxy on Fire series, is working on a new IP. In addition, the team is also involved in several other productions.

The company also has good news for TimeSplitters fans. THQ Nordic bought the rights to the franchise last year, and now the publisher has announced that it has hired Steve Ellis, one of the fathers of the series. The dev will help to outline the future of the series.