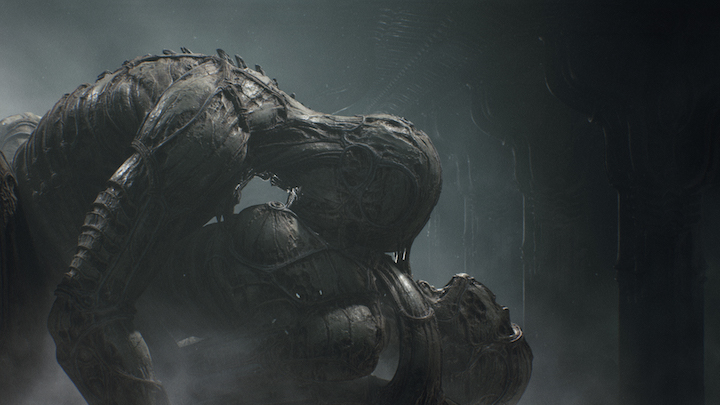 The atmospheric trailer of Scorn aroused our interest during the first Xbox 20/20, the presentation of upcoming games for Microsoft's new console. However, we did not see much novelties, except for a few dark scenes inspired by the works of H.R. Giger and Polish painter Zdzislaw Beksinski. Recently, wccftech.com, held a short interview with the creators from Ebb Software, managing to learn a little more technical details about Scorn.

It is worth noting here that the game has been in development since 2014, but only after Microsoft took over the publication rights for the game on its platforms, the devs caught wind in their sails and the work gained momentum. For this reason, it was emphasized that the team has had access to Xbox Series X only for two months and for the time being is "figuring out its capabilities", such as DirectML or Project Acoustic, and is not planning to use them at the beginning. The words of praise were - again - directed only at fast loading times on the new console, and it was this factor that was mentioned as "the same" when comparing the PC and console versions. 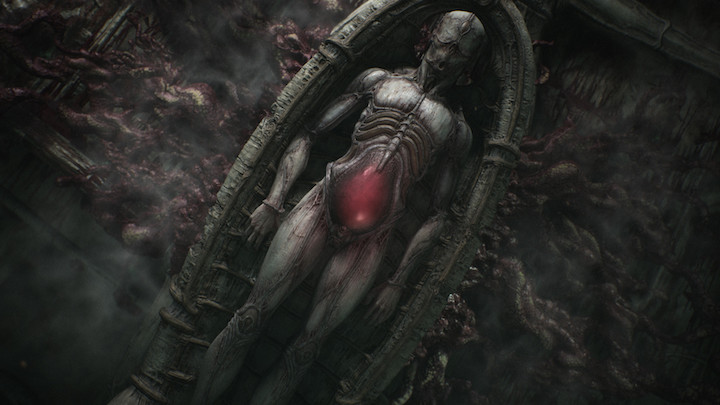 The game will take us to a surreal world between dream and reality.

The sequences presented on the trailer were created on a powerful PC with a Nvidia RTX 2080Ti GPY and AMD Ryzen processor, which allowed for 4K resolution in 60 FPS at the graphic highest settings. It was confirmed that the hardware requirements visible on the game's card on Steam are ourdated and will be changed to slightly higher in the future. The priority is to run the game in at least 60 fps, which according to the devs is "a must".

Unfortunately, we did not learn anything new about the general idea of the game and the gameplay itself. It was only pointed out that during all these years of work the team remained faithful to the original concept and was not inspired by other FPP horrors, which have been successful in the meantime. The question was also asked how exclusivity for Microsoft translates into a possible PlayStation version, but this remains confidential for now.

Scorn is an FPP horror game that takes place in a surreal world on the verge of dreams and reality. The players are supposed to travel through various strange regions, where, apart from puzzles and exploration, a unique atmosphere awaits them. The game's release date is not yet known.