Events where we can watch various movies on the big screen are nothing new in Fortnite. The hit online shooter game from Epic Games was already used to preview parts of such movies as Star Wars: The Rise of Skywalker or Christopher Nolan's Tenet. This weekend the title will host another such event, which seems to be a bit more ambitious than the usual promotional screening of pieces of upcoming blockbusters.Fortnite players will get the option to take part in a festival of animated short films.

The event in question is called Short Nite. It will start on February 20 at 11:00 AM PT and will last exactly 24 hours. During this time, a half-hour block of short animations will be shown over and over again (also with subtitles if we turn on the appropriate option). Here are the productions that should be included (via The Verge):

It is worth noting that some of these productions have been nominated for an Oscar, and one of them even won it. A good example for this may be Creature Comforts from the people responsible for the iconic Wallace & Gromit: The Curse of the Were-Rabbit, which won the famous golden knight figurine in 1991. 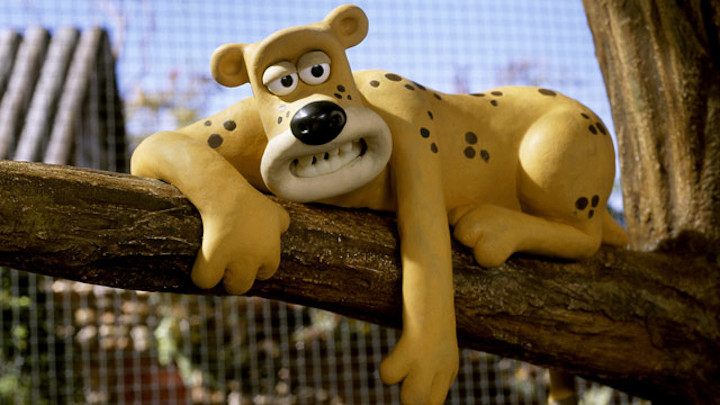 Creature Comforts will be one of the productions to be shown during Short Nite.

In addition, on February 20 at 4:00 PM PT a special commemorative emote - JUMBO popcorn - will appear in the Fortnite store. As the name suggests, after using it, player avatars will sit on chairs and start eating roasted corn from a huge cup.

To take part in the Short Nite Festival, we'll need to select the Party Royale mode and, once on the map, head towards a bridge next to a nearby cafe and banana-decorated snack stand. Detailed instructions on how to get to the venue can be found here. Before entering, we must remember two things. Firstly, weapons will be banned near the cinema screen, and secondly, due to copyright laws, there will be no recording of the entire event.

While some may say that calling a half-hour block of films a "festival" is a bit of a stretch, in the age of the coronavirus pandemic, the type of event can serve as a sort of substitute for attending movie festivals held in the real world. The only question is, whether lack of high-profile titles in the schedule, will not cause Short Nite to be a flop. We will find out at the end of the week.

New Call of Duty May Return to World War 2