Skywind is a mod that recreates The Elder Srolls III: Morrowind from 2002 on the engine of the fifth installment, namely Skyrim Special Edition from 2016. After nine years since the project began, the results are increasingly impressive. The creators have just shared a new video showing the progress of the work.

The creators have already prepared almost all the necessary concept arts and can design the most important 3D models based on them. The capital city of Vvardenfell - Vivec - has also been completed. However, the creators express a need for additional designers who could help in work on architectural elements. The modders also point out that the interiors of some buildings have been completed, including the tomb of Veloth family, which will be more varied and interesting than in the original. There will be more spacious locations, new traps and treasures. Another ambition of the creators is to prepare more styles of gameplay than in Skyrim, for example, thanks to the system of creating spells and several new skill trees. The creators pay a lot of attention to detail - each type of weapon will emit different sounds. The actors have also recorded over 35,000 dialogue lines, but they are still asking for help from additional volunteers. 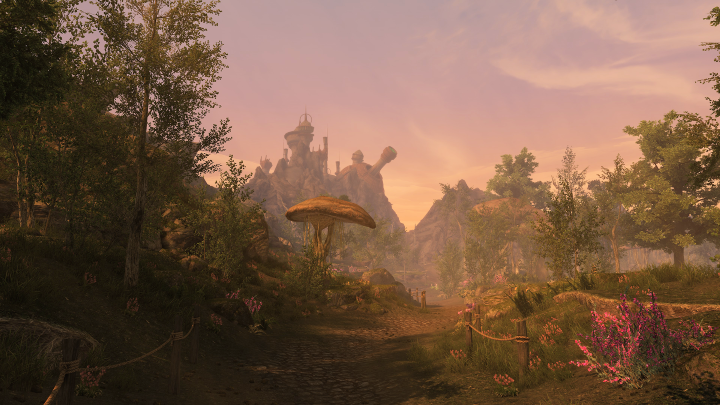 A slew of enthusiasts began working on this project in 2012, but it still doesn't even have an estimated release date. The developers need more volunteers for almost every dimension of the project. They encourage by offering new, valuable experience and the opportunity to work on a very interesting project, created out of love for The Elder Scrolls series. Every willing person has a chance to support the work. Maybe you will be the one to contribute to a faster release of the project?

You can apply here: https://tesrskywind.com/volunteer/

The creators do not want only to refresh the look of the game - they create the entire production from scratch using the graphic engine of the latest installment, preparing all the models, graphics, sounds and voice actors' recordings anew. At the same time they want to keep the whole storyline, locations, missions and above all the irreplaceable atmosphere intact. Apart from Skywind they are also working on Skyblivion, a refreshment of another part of The Elder Scrolls on the engine of Skyrim.

Windows 11 - Everything We Know About Microsoft's New System