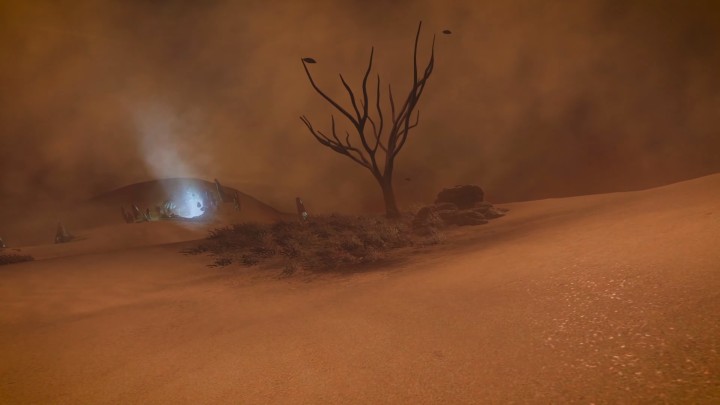 The first screenshots from the new project by the devs of SOMA.

The Swedish studio Frictional Games has been working on something new for several years now. One of the planned games is in production since 2017 and is supposed to be 'terrifying in its nature'. It is not clear whether the published video comes from the aforementioned title, but it suggests that there will be full of mysterious, disturbing atmosphere. In the video, we see a fragment where a character is in a desert, alien land during a sandstorm and says 'I am Tasi. I'm still Tasi'. We don't even know if it's reality or a nightmare, because you can expect everything from the devs of SOMA.

We also don't know whether the video uploaded to the Internet is somehow related to the leaks from the beginning of 2020, or it is a completely different project. Finally, Frictional Games is working on one more title. It may not be related to the horror genre in which the devs specialize, because they suggested that they would like to put more variety in the titles they develop.

Although Frictional Games was initially dissatisfied with SOMA's sales results, in the end the game broke even and earned some, enabling the devs to take on more projects. Nearly five years have passed since the release of their last game, so perhaps we should soon expect an official announcement of a new title.

„The Idea of Making Films is Dead.” Star of Altered Carbon on Streaming

„The Idea of Making Films is Dead.” Star of Altered Carbon on Streaming