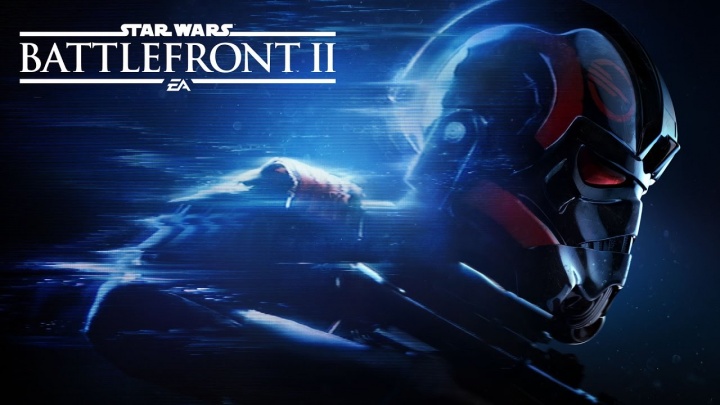 EA has officially achieved a Guinness record for Star Wars Battlefront 2, but it's hard to believe that the company will ever want to boast about it, as it was beaten on a wave of controversy over the "surprise mechanic", or the (un)popular loot boxes.

The record was broken by a comment from one of Electronic Arts representatives, which was published on Reddit and was supposed to explain the strategy for loot boxes. However, the users did not like it very much - to the extent that it was the entry with the greatest number of downvotes in the history of the forum. It doesn't seem that anyone will set an equally infamous record in the near future.

A Reddit user-amsha - published a photo from the 2020 edition of the Guinness World Records, in which he found a distinction awarded to EA in the category of "Most-downvoted comment on Reddit" with a score of 683 thousand downvotes.

As an explanation, the post now has 667,825 downvotes, but the smaller number is probably due to the fact that either users or administration have deleted some accounts. In no way does this mean that the record is at risk - for comparison, the second place entry has just over 23,000 negative reactions. 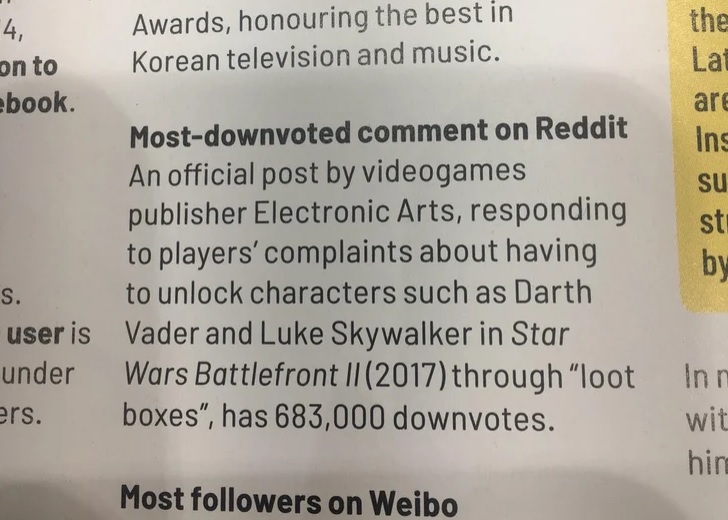 A sad record with a real problem behind it. Source: Reddit

EA managed to hit a very sensitive point with its approach to microtransaction and loot boxes, which caused a wave of frustration and anger. In addition, the style in which the representative of the company defended a difficult issue was, to put it mildly, not in good taste.

How far EA has gone with loot boxes in Star Wars Battlefront 2 has started a serious discussion about microtransactions in games. After some time, the publisher decided to lower the price of boxes, and then removed them completely and introduced a modernized system of character progression. Ultimately, microtransactions returned, but only concerning cosmetic issues.

However, the horse has already bolted, public opinion began to wonder how much gambling, and how much ordinary digital entertainment fits in a loot box, and the players were mad at the fact that their hands were basically tied without paying extra. The entry published in the Guinness World Records may seem quite amusing at first glance, but in its essence it concerns a serious problem that has left a strong mark on the digital entertainment market.