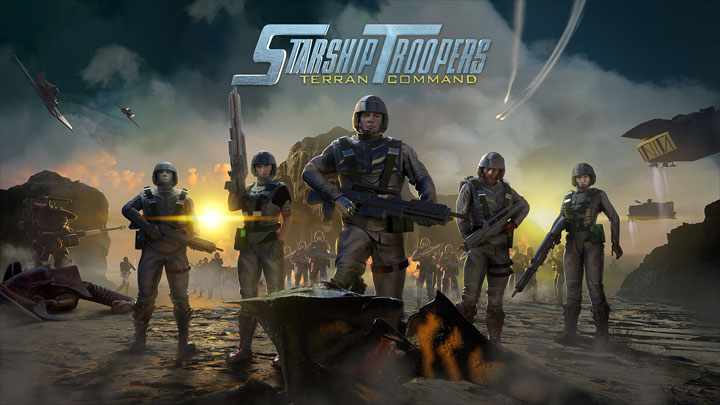 Slitherine has announced Starship Troopers: Terran Command, a film-licensed RTS game. The game will be a PC exclusive, and its launch is planned for next year. The Artistocrats studio is responsible for the project; the team is known for Order of Battle: World War II.

Starship Troopers: Terran Command will cast us as commander of the eponymous unit of space soldiers who are thrown onto a foreign planet with a human colony that has been attacked by an aggressive race of insectoidal Arachnids. Judging by the first fragments of the game, the title seems to be strongly inspired by the popular They Are Billions.

During the game we will command small units, which will be forced to fight against hordes of aliens. It is necessary to exploit the characteristics of the terrain, in particular the potential role of bottlenecks hindering the march of hostile forces, and the careful positioning of defensive structures and weapons. We will be able to use many types of units with unique weaponry and capabilities.

The game will offer a dynamic campaign in which we will fight a war for the whole planet. Our decisions, successes and failures will shape the further course of the conflict and the next challenges. Players will be able to just follow the orders from the HQ even if they cause serious loss of life, rewarding them with access to better units and equipment. However, it is also supposed to be possible to make one's own choices, which will result in less support from superiors, but it will give us more freedom to plan our war strategy.

During the campaign we will unlock better and better equipment and skills thanks to the development trees. Regular soldiers are supposed to be only cannon fodder, but the player will also be given the option to attach commanders to the units, whose abilities will grow from battle to battle.