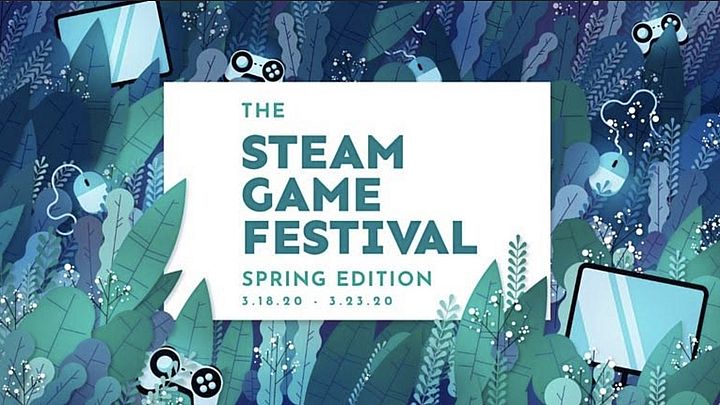 Steam comes to the rescue?
IN A NUTSHELL:

Valve and Geoff Keighley are coming to save quarantined gamers. The creator of The Game Awards gala boasted on Twitter that Steam Game Festival will return today - this time in the spring edition. The virtual event will start around 10 AM PDT and will last until March 23. You can find the stream at this address; however, it will only be active when the event starts. Thus, the official message ends the speculations about the possible date of the event, which sparked about two days ago.

The spring edition will be full of announcements and presentations - more than 40 new titles will be shown, which were originally intended for events like India Megabooth, Day of the Devs or Game Developers Conference (GDC), postponed due to the coronavirus pandemic. Of course, there will also be an opportunity to test selected titles for free. The first edition of Steam Game Festival took place in December, as an accompanying event to The Game Awards 2019, when gamers saw 14 new titles. As you can see, the creators do not intend to stop and the event starting today will provide even more novelties.

Steam Game Festival: Spring Edition has a chance to become a salvation for players who have been looking forward to the next edition of well-known industry events every year. Of course, it's hard to compare the event with such bigshots as E3 or gamescom, but in times of "drought", the opportunity to see a big event is a good thing. That's another reason why many people may be rejoicing at the information that Steam Game Festival will come back this year with the next editions, as Geoff Keighley informed on Twitter.