At first glance, Subsiege looks just like a typical another MOBA thing, but dont get discouraged just yet. Although in its core it is a combination of both a MOBA and an RTS, it also reaches beyond them by introducing a survival element into the gameplay. With its ambition to create a challenging experience like no other, Subsiege will require you to simultaneously focus on controlling multiple units to take a tactical advantage of your opponents and look out for shrinking oxygen resources, essential for your survival and independent of your enemies. 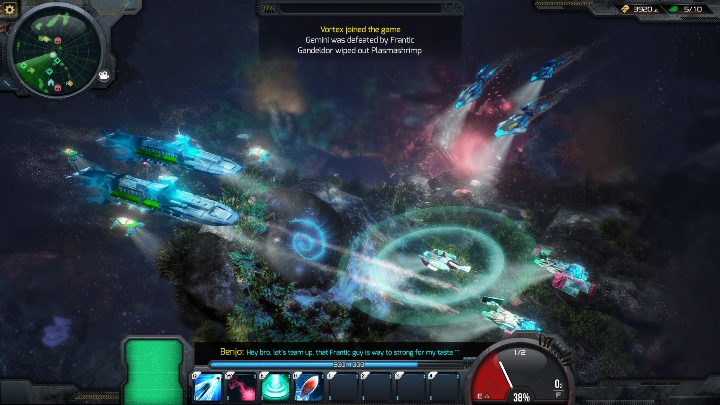 Should the oxygen supplies run out, hold your breath. And hope for the best.

Games mechanics will force you not only to plan every step you take on the underwater battlefield, but also to scout around it in order to get a hold of the precious element (while fighting other players off and achieving match goals, naturally). And in case that doesnt sound challenging enough, the environment itself will prove to be a deadly threat to your squad, with toxic coral reefs and deadly creatures of the depth devoting their free time to make your life as hard as possible.

Subsiege will be published by Headup Games (which previously delivered gems such as Superhot, Super Meat Boy and Limbo) in early 2017.