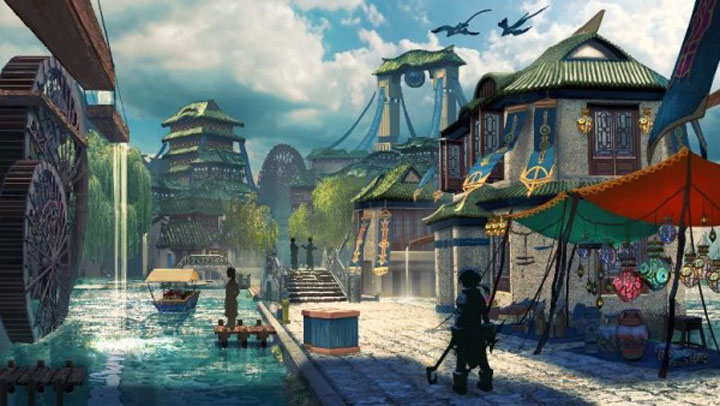 Eiyuden Chronicle: Hundred Heroes promises to be a real treat for Suikoden fans.

Fans of the jRPG series Suikoden have not received a new installment for so long that many of them have already given up hope of living to see a continuation of the series. The brand's creator, Yoshitaka Murayama, had to come to a similar conclusion because he decided to develop the game's spiritual heir, Eiyuden Chronicle: Hundred Heroes.

The game is coming to PC, Xbox Series X and PlayStation 5. The devs intend to raise some funds via Kickstarter. The collection will start on July 27 and the minimum goal will be half a million dollars.

Other Suikoden series veterans - Junko Kawano, Osamu Komuta and Junichi Murakami - also take part in the works. This is a real dream team for the fans of the franchise, so we can expect something that will satisfy the lovers of the series. It is worth mentioning that Eiyuden Chronicle: Hundred Heroes is the first project in 25 years, on which Murayama and Kawano are working together.

The game will take place on the continent of Allraan, whose history has been shaped by constant wars between humans, elves, animals and desert people. At the start of the story, the Galdean Empire is the dominant player, having gained an advantage over its rivals through the discovery of a technology that increases the power of the runic lenses that form the cornerstone of magic in this land.

Galdea regularly organizes expeditions to find a powerful artifact to get a permanent hold on this power. During one of these expeditions, a young imperial officer and a warrior from a small village will meet. They will quickly become friends, but history will throw them into the middle of a war story that will change the fate of the entire continent.

The storyline will not be limited to these two. All in all, we will learn the stories of hundreds of heroes involved in the conflict. Each of these characters is to have a unique personality and their own adventures. Not all of them will be soldiers - there will also be people specializing in other fields, who will help us to win the war.

Eiyuden Chronicle: Hundred Heroes will offer 2.5D gameplay with 3D locations and two-dimensional characters. The battles will be played in a turn-based system in which we will lead a six-person party.

The expansion and management of the town will play a key role in the game. Recruited characters will live there, becoming local blacksmiths or cooks. With the development of our fort, new trading options will open up for us, as well as additional opportunities to improve characters and equipment. In addition, the heroes will be able to join guilds, which will provide access to unique attributes.

It is worth mentioning that the situation with Suikoden is similar to the one with Castlevania series. Both IPs belong to Konami, which is not interested in developing traditional continuations. In the case of Castlevania, the father of the series, Koji Igarashi, raised funds on Kickstarter for a spiritual heir in the form of BloodstainedRitual of the Night. This title turned out to be exactly what the fans were waiting for, so we hope that the case will be similar with Eiyuden Chronicle: Hundred Heroes.