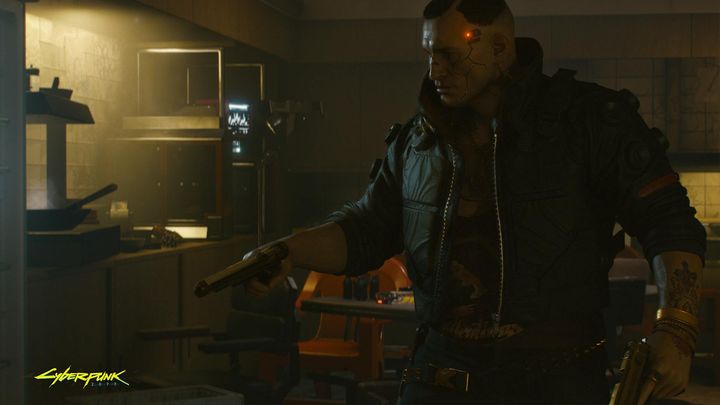 Jackie and his two weapons became the basis for two years of speculation about dual wielding being present in the game.

The release of Cyberpunk 2077 is getting closer and closer, and we're getting to know more details about CD Projekt RED's game. However, this is not always optimistic news. Although dual wielding has never been officially announced, the community still suspected that such mechanics might appear in the game. However, one of the employees of the company - Marcin Momot - dispelled all doubts and announced (via Twitter) that there will be no such feature in the title.

Speculation on dual wielding has originated from the game's early promo materials. Among them is the 2018 gameplay from the E3 fair. At the very beginning of the video (about 1 minute and 45 seconds) we see V's partner - Jackie - pulling out two guns simultaneously. So it is possible that the implementation of such a function was planned but eventually the idea was abandoned.

Interestingly, this is not the only thing removed from Cyberpunk 2077 that we have heard about recently. This month we found out that in the final version of the title we won't see two other mechanics that were present on previous materials - riding on the subway and wall runnning.

Cyberpunk 2077 is set to launch on PC, PlayStation 4 and Xbox One on November 19, this year. It is known that the title will also be released on PlayStation 5 and Xbox Series X at a later date.