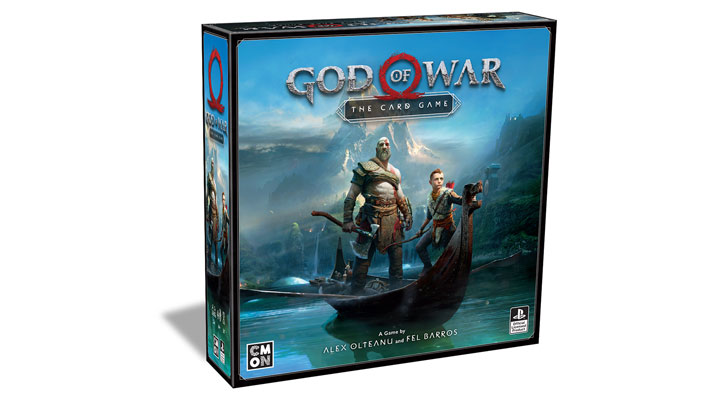 The card game will be released in the third quarter of this year.

God of War will soon be celebrating its first birthday. The next installment in the series is a matter of rather distant future, but in the meantime, fans will be able to play a table-top adaptation of last year's hit. CMON has announced a table-top God of War: The Card Game.

The plot of the game will tell the story of the impeding end of the world. The Norns, the Nordic goddesses of destiny, will try to stop the ragnarok. To do this, they will need to find the right combination of heroes, villains, battles, victories and defeats.

We will, obviously, play Norns. The game will allow you to play solo or in a group of up to four people. The cards will match the 4 characters and events known from the PlayStation 4 game, but we will often get different combinations and alternative versions that were missing from the original.

During the game, players will participate in adventures that require a variety of tasks. The finished challenges will influence the course of the subsequent missions. In addition, the cards themselves will be double-sided, thus offering different effects and rules. All this is to ensure that we do not have two identical sessions.

God of War: The Card Game will be released in the third quarter of this year. Finally, it is worth mentioning that CMON also produced a card adaptation of Bloodborne in the past.

Premiere Episode of the Game of Thrones S08 Keenly Pirated