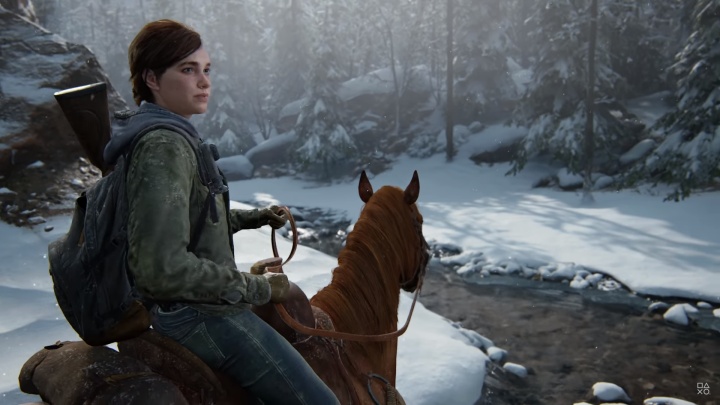 The Last of Us: Part 2. Source: PlayStation

A video was published on the NX Gamer Youtube channel, featuring a detailed comparison of footage from The Last of Us: Part 2, stemming from different stages of development. Even earlier materials, from 2017 and 2018, presented nice graphics. The current demo from the recent State of Play shows that the PlayStation 4 can still offer something noteworthy in terms of visuals.

The action of the game takes place several years after the events of the first part. The peaceful life of the two protagonists, Ellie and Joel, did not last long. Sudden and traumatic events force Ellie to set off on a lonely journey. She will travel through post-pandemic areas of the USA. We'll see both snow-covered wilderness and the greenery of mother nature storming depopulated cities. NX Gamer's analysis shows how big changes occurred in the visuals and mechanics of the game during its development. It is best to draw your own conclusions by looking at the material below:

In the comparison, we can see mainly improvements in shaders, effects and shadows. Wet surfaces now look more impressive and many textures have been replaced. The colour range has been changed slightly, fire and light effects look more natural. While watching the movie, we can fully appreciate the craftsmanship of animators and level designers. In the comments under the video, some people express their disbelief that The Last of Us: Part 2 will look like that on PlayStation 4, but soon we'll be able to see it with our own eyes. The official release of Naughty Dog's game will take place on June 19.

Escape from Tarkov - Player Influx After the Big Patch

 Cycle of Violence - What Lies Behind The Last of Us 2?

Escape from Tarkov - Player Influx After the Big Patch