Naughty Dog Studio currently doesn't tell us much when it comes to official materials from The Last of Us: Part II. Neil Druckmann, vice president and creative director of the Uncharted and Crash Bandicoot series, wrote on Twitter that the team was recently busy capturing the actors' movements for the purposes of game cutscenes. This stage has apparently come to an end, as announced below.

Laura Bailey, one of the most sought-after American dubbing actresses, had finished her work on the set a little earlier. In the game world she became famous for her semi-vampire roles - Rayne in the BloodRayne series and Mary Jane Watson in the recent Spider-Man from Insomniac Games. In addition, we recently learned that we will see Travis Willingham, whose voice can be associated with the previous part of The Last of Us, and even a rapper named Logic. At the moment, we don't know exactly which of the three characters they will play, but as Druckmann betrayed, Bailey played one of his favorite characters. 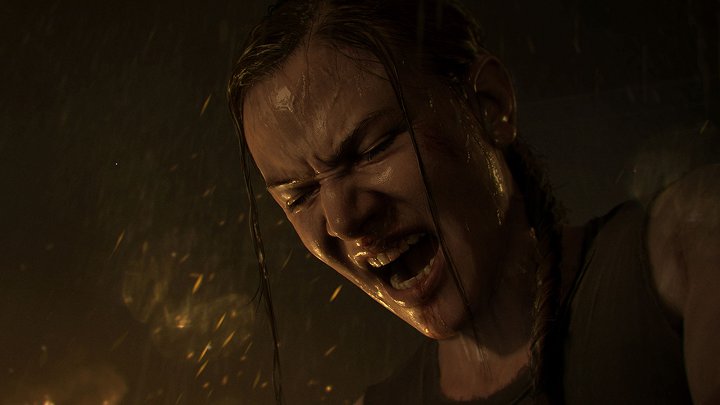 In The Last of Us: Part II there will be some exciting film interludes.

The Last of Us: Part II is currently one of the most anticipated games. It's no wonder. Ultimately, it is a continuation of a very warmly accepted action game from 2013, which in itself promises to be intriguing. Just to mention the impressive gameplay presented at last year's E3 EXPO and the developers' promises regarding, for example, the role of companions or changes in mechanics, including the weapons enhancement system, the screen of which appeared for a moment in the footage prepared by Naught Dog for Women's Day (via OnlySP).

Unfortunately, we still do not know when The Last of Us: Part II will have its premiere. However, as Gustavo Santaolalla, the composer of music for the game, has revealed, it can happen earlier than we think.