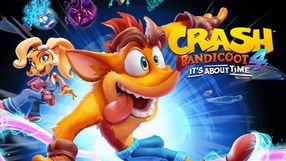 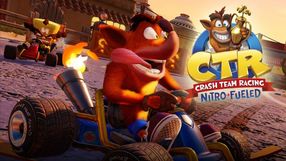 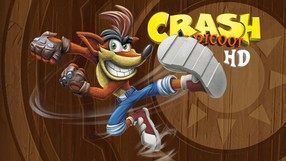 Developed by Vicarious Visions studio from the USA, a remake of the first installment of the Crash Bandicoot franchise. Compared to the original production, this title features brand new graphics along with a fresh soundtrack. Even though there are a few minor improvements in mechanics, the backbone of the game stays the same. Once again, you play as a bandicoot named Crash, whose objective is to stop doctor Neo Cortex from raising an army of obedient, humanoid animals. Crash Bandicoot HD is a classic 3D platform game, so gameplay consists in going through diverse locations, avoiding numerous traps, and fighting enemies by hitting them with the spin attack or by jumping on their heads. Once you run out of a limited number of lives, you'll have to start a level all over again. However, the title features a system of checkpoints, diverse secrets, and power-ups granting temporary bonuses.

A thoroughly remastered version of the second entry in the popular platformer series from Naughty Dog, which originally debuted in 1997 on the first PlayStation console. Crash Bandicoot 2 HD from Vicarious Visions takes us again to the fictional Wumpa archipelago near Australia’s coast. It has been a year after the events from the first game, when doctor Cortex, defeated in the first game, asks for Crash’s help in finding 25 crystals for a machine that will save the Earth from the impending solar storm. The game expands upon the mechanics of the first Crash Bandicoot, with the main objective being the completing of 25 levels and gathering the crystals hidden within them. There are obviously many traps and hostile creatures guarding them Aside from jumping and spinning, Crash can now use new attacks, including special slides that are the only way to knock out some enemies.

A complete remake of the third installment in the popular series of platform games developed by Naughty Dog. The original version debuted in 1998 on PlayStation. The remake is developed by Vicarious Visions. Crash Bandicoot 3 HD takes place just after the events that occurred in the previous entry in the series. Cortex’s space station crashes on Earth. This causes the evil deity Uka Uka to break free from his confinement. Together with a mad scientist, Uka Uka is trying to conquer the planet once more by using the power of magic crystals hidden in various eras in history. Fearless Crash and his sister Coco will try to stop the evil deity. The mechanics of the game are similar to the ones used in the previous title. The player controls one of the protagonists and tries to avoid various traps, and to defeat encountered enemies and bosses. In the numerous crates the player can find various treasures and power-ups that provide protection and other bonuses. 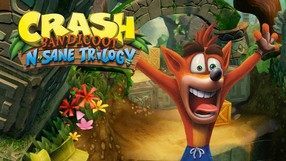 A bundle of first three Crash Bandicoot games, remastered by Vicarious Visions studio. Aside from modern visuals, all games feature rebuilt levels, as well as a new save system, which lets us use every control point along with quick save option. What’s more, they've received an unified menu and a Time Trial mode. Like in originals, Crash Bandicoot N. Sane Trilogy lets us take control of the titular bandicoot, who must stop the evil Dr Cortex from taking over the world. As the game is a classic three-dimensional platformer, gameplay focuses on completing linear levels, avoiding traps, and fighting enemies, which can be dealt with using a few attacks, like spinning or jumping on enemy’s head. We also collect Wumpa fruits that can earn us another life, as well as find secrets and collect Aku Aku masks that help us in our journey.