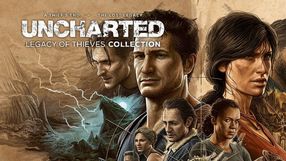 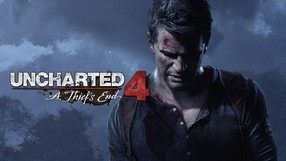 The fourth major installment in the flagship action adventure series for the PlayStation 3 platform. The game developed for its successor is a reboot of sorts, introducing the series to the next-generation consoles. The game was created by the authors of the entire franchise – Naughty Dog studio. The game once again features the likeable adventurer Nathan Drake – heir to Indiana Jones and the male alternative to the legendary Lara Croft. Since our hero is famous for having a serious knack for trouble, in the fourth part of the game he experiences a whole bunch of thrilling adventures. The story, as usual, will take him across several different parts of the globe. The authors included a variety of elements characteristic for the franchise, such as numerous plot-twists, ancient mysteries, and breathtaking scenery. It also provides an amazing esthetic experience thanks to the game's debut on eighth-generation consoles.

A mobile spin-off of the popular series of adventure games developed by Naughty Dog. This installment accompanies the debut of the fourth full-fledged game in the series. In difference to the console entries in the series, Uncharted: Fortune Hunter lacks any specific story and concentrates on a series of logical challenges in which the famous adventurer Nathan Drake tries to obtain the treasures of the greatest pirates, travelers and thieves in history. On each of more than 200 levels, taking place in four different locations, the player is tasked with getting from the starting point to the indicated destination. Each new map is a big riddle with many moving parts built of square fields. Some of them are regular platforms through which one can freely walk, other can contain traps, items or mechanisms to activate. During the game the player must move and manipulate the surroundings in such way so that the protagonist will safely reach the destination. 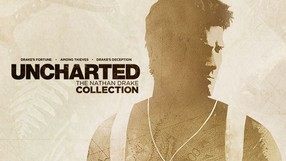 A PlayStation 4 bundle comprising of the three major installments of the action-adventure game series released over the years 2007-2011. The remastered versions were developed by Bluepoint Games in cooperation with the original creators - Naughty Dog. All three games feature an adventurer named Nathan Drake as the main protagonist, who travels to many exotic places in search of the legacy left by his ancestor (Drake’s Fortune), a legendary artifact (Among Thieves), and finally, the lost city of Ubar (Drake’s Deception). The gameplay features third person perspective and mechanics similar to Tomb Raider franchise. The bundle offers enhanced graphics, upgraded to 1080p resolution and 60 FPS, as well as many better textures, models, and an enhanced lighting system. Unfortunately, the games lack multiplayer modes included in the original releases.

A turn-based card game with action and adventure elements. The tittle was developed with the PlayStation Vita handheld console in mind as a result of cooperation between Bend Studio and Loop Games. In Uncharted: Fight for Fortune, the fun boils down to duels against the artificial intelligence or another player over the Internet. Of course, these battles have a form of a card game, for the purpose of which the players build their own decks. These include three card categories: faction, fate, and artifact cards. The first one includes heroes and villains from the Naughty Dog’s Uncharted series. These characters form the competing teams, and their skills are modified by auxiliary cards. The players play cards in turns, and the battle ends when one side has no health points left. The owners of Uncharted Uncharted: Golden Abyss may transfer the artifacts they’ve gathered and change them into corresponding cards in Uncharted: Fight for Fortune. 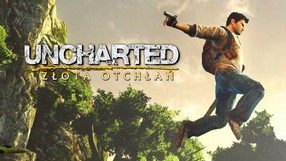 An action game and a spin-off installment of the popular Uncharted series, developed as one of the launch titles of PlayStation Vita. Contrary to the major entries in the franchise, which were created by Naughty Dog, Uncharted: Golden Abyss was developed by Bend. Plot-wise, it is a prequel to the Uncharted series. In the game, we assume the role of a younger Nathan Drake who embarks on a journey to Panama to investigate a newly-discovered temple complex and solve the mystery behind a massacre of conquistador forces that took place 400 years ago. Remaining faithful to the spirit of the series, the events of Uncharted: Golden Abyss are very dynamic and are accompanied by arcade gameplay. Nathan Drake has to overcome various obstacles, climb, shoot, fight hand-to-hand, and solve logic puzzles. The controls utilize extra features of PSV, such as the touch screen and the built-in gyroscope. Uncharted: Golden Abyss offers a symphonic soundtrack composed by Clint Bajakian. 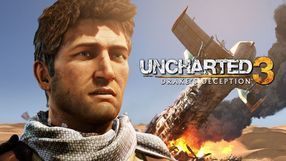 The third installment of the very popular series of action-adventure games created by Naughty Dog. The story of Uncharted 3: Drake’s Deception tells another tale of the treasure hunter Nathan Drake. This time the main protagonist must find the legendary city of Ubar. A group of thugs led by Katherine Marlowe is standing on his way. The basic fundaments of the gameplay haven’t changed. The developers from Naughty Dog wanted to combine elements of adventure game, action game, shooter and even beat’em up genre with a cinematic feel. In comparison to previous installments of the series, Uncharted 3: Drake’s Deception offers much more advanced multiplayer mode and visuals that push the PlayStation 3’ power to the limit. 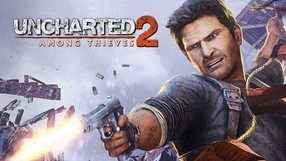 The sequel to the very enthusiastically received action-adventure game developed by Naughty Dog and released in 2007 on the consoles of Sony Company. In Uncharted 2, once again you play as the adventurer Nathan Drake. The story focuses on search for a powerful artifact which has the power to change the fate of the world. During the game, you will visit various exotic locations, accompanied by both the characters known from the first installment as well as some completely new faces. Since a ruthless warlord and his private army follow the trail of the artifact as well, the game is full of dynamic action elements and battles. As opposed to the previous game, the developers decided to make the gameplay more varied by increasing the number of Nathan’s abilities and available weapons. The puzzle system has changed as well, to solve many puzzles a cooperation with your allies will be required. The game is once again presented in a very spectacular, cinematic style and filled with witty cutscenes. 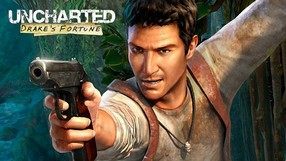 Third-person action adventure game that came out as Sony’s response to the unwavering popularity of the Tomb Raider franchise. The game was created by Naughty Dog, an experienced developer known for such cult game series, as Crash Bandicoot or Jack and Daxter. Uncharted lets you play as a young man named Nathan, a (self-proclaimed) descendant of one of the world’s greatest sailors and wayfarers – Sir Francis Drake. The protagonist’s journey begins as Sir Francis’ coffin is extracted from the sea bottom. Instead of a body, the coffin contains a journal describing a mysterious island, where lie the answers to the final fate of his supposed ancestor as well as one of the world's greatest treasures. The game features action-adventure gameplay, mostly boiling down to traversing various locations, simple puzzle solving, and dynamic shootouts. Combat mechanics offers a cover system similar to the one featured in the Gears of War series. At the time of release, the game offered top quality visuals with detailed character animations.