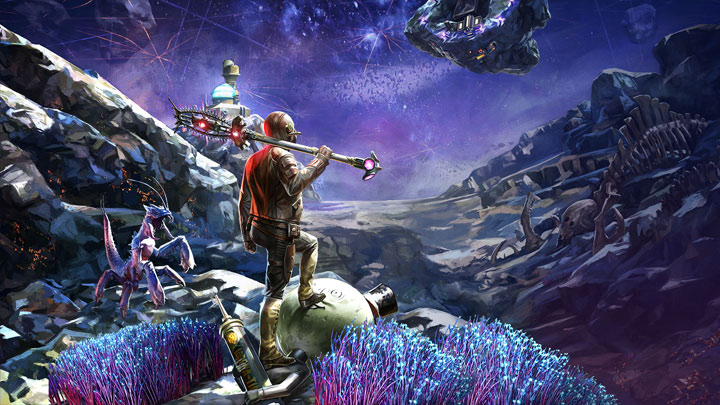 The first DLC will be available in September.

During Xbox Games Showcase, Obsidian Entertainment announced Peril on Gorgon, the first expansion for the RPG The Outer Worlds. Now the devs have revealed additional information about the project, including the length of the upcoming expansion.

In an interview for Polygon, one of the developers revealed that in terms of its size, the DLC is supposed to resemble what the Monarch section offered, the biggest hub offered by the base game. Thus, the completion of Peril on Gorgon should take us about 6-8 hours. This time can of course be extended by side missions.

It takes about 12 hours to complete the main campaign in The Outer Worlds (or 35 hours for those who want to complete the game in 100%). The fact that the add-on will be half the size of the base game is therefore a pleasant surprise. Interestingly, although Peril on Gorgon will offer a new planet, some of the events will take place in old locations.

A handful of interesting details were also brought by the interview for GameSpot. The add-on was designed to be available beginning with half way of The Outer Worlds' campaign. Access to Peril on Gorgon will be unlocked when we go through the main storyline in the Monarch section. Challenges from the add-on were designed for characters at level 25. It's worth adding that the DLC will increase the cap by three levels.

Let us recall that The Outer Worlds: Peril on Gorgon will be released on September 9, this year. The expansion will debut simultaneously on PC, Xbox One and PlayStation 4, with releases planned for Nintendo Switch and Google Stadia, but these will debut later.