Due to the coronavirus threat, pedestrians and cars have disappeared from American streets, giving the local metropolises an almost post-apocalyptic vibe. This inspired one of the fans of The Walking Dead to try to recreate the iconic poster of the first season of the TV show.

The fan asked his colleague, Lori Kristen, who lives in Atlanta, for help. She went to the Jackson Street Bridge and took a picture of the route leading to the city centre. The creators of this poster used a photo from this very place. They have reworked it significantly, changing the layout of the streets and adding a lot of details, but still the combination of the two images is very impressive. Due to the coronavirus, the road, usually filled with cars, resembles the landscape from the post-apocalyptic series. 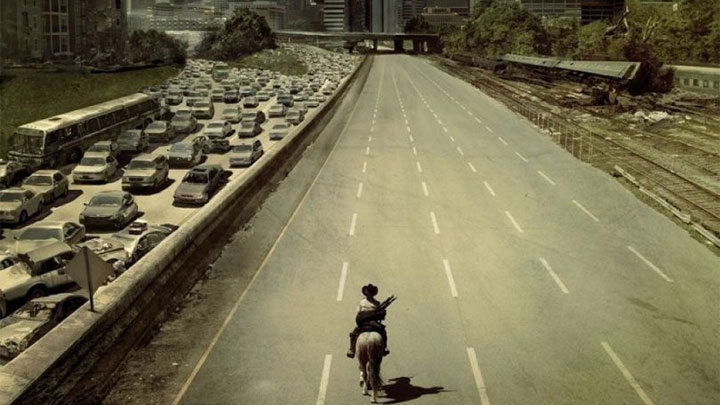 At least for now we do not have to deal with zombies.

Let's recall that the comic book The Walking Dead ended last year, but the franchise still lives in other media. The tenth season of The Walking Dead TV series is currently underway and another one is planned.

The Walking Dead are also doing well in the video game market. Recently, The Walking Dead: Saints & Sinners debuted on PC and was warmly welcomed by both players and industry media.