One of the most popular mods designed to beautify the visuals of The Witcher 3: Wild Hunt is undoubtedly HD Reworked Project by Polish modder Halk Hogan. For over five years of development it had twelve versions, the last of which appeared in September last year. It was subtitled Ultimate, which suggested that it would be the final one. However, this did not happen. In December, an announcement of the next edition of this project appeared, which is currently in preparation. It is subtitled NextGen. In recent hours, its new trailer debuted, presenting the appearance of several improved textures and their comparison with the original. You can watch it below.

The release of the new trailer for HD Reworked Project NextGen is not all, however. In the comments under the video the modder also shared some interesting news. Apparently CD Projekt RED approached him with an official proposal of cooperation. Although details about its nature were not given, the modder suspects that his work will be a part of the next-gen update for The Witcher 3: Wild Hunt, announced some time ago, which is to provide a host of visual and technical improvements. We asked the team for more information and here is their answer:

"In addition to our own development efforts on the upcoming next-gen version of The Witcher 3: Wild Hunt for Xbox Series X|S, PlayStation 5 and PC, we are also in talks with creators of various mods for the 2015 release of the game. As of this time, however, we do not have any binding agreements with any such party."

This means there's still no definitive statement as to whether or not HD Reworked Project NextGen will be a part of the upcoming official next-gen update of The Witcher 3. However, we have received confirmation that some talks with modders are underway. Let's hope that all doubts will be resolved soon. 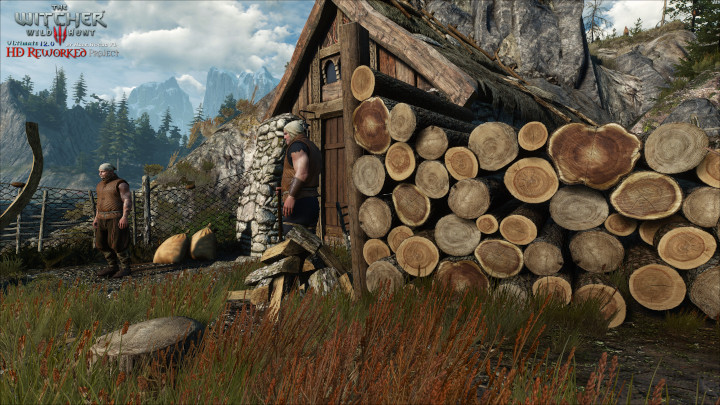 The current version of the HD Reworked Project modification is number 12.0.

The Witcher 3: Wild Hunt will celebrate its sixth birthday in a few days. The title has had two official expansions - Hearts of Stone and Blood and Wine. Currently, we can play it on PC, PlayStation 4 and Xbox One (as well as PlayStation 5 and Xbox Series X/S as part of backwards compatibility; the dedicated next-gen editions mentioned in this text are due out this year).