The lawsuit between Epic Games and Apple is producing some very interesting information. We recently reported on Microsoft cutting the commission it charges developers who upload games to its store on PC from 30 to 12%, which was like a mirror image of the decision Epic Games made earlier. The Redmond giant also considered such a deal for those releasing their titles on Xbox consoles, but the prerequisite was exclusivity for streaming games on its xCloud service. The plan was eventually abandoned, but that doesn't mean it will never be implemented (via The Verge). 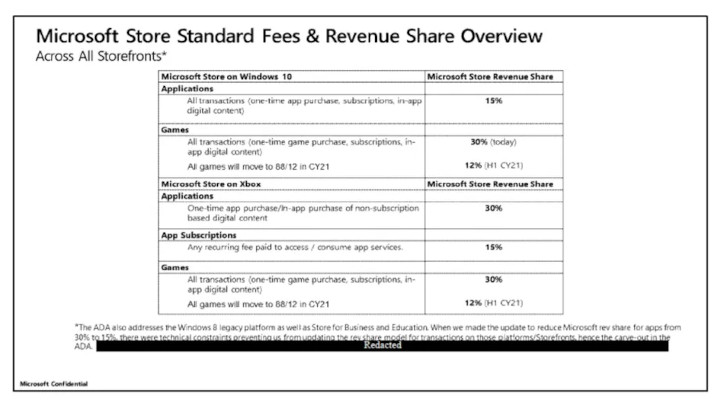 An excerpt from Microsoft's documentation from January of this year

Such a reduction would have a significant impact on the console video game market if only from the perspective of the commission charged by other big manufacturers like Sony and Nintendo, which is also 30%. Microsoft's attitude, however, shows its commitment to the development of cloud gaming, which may also be suggested by the statement of Rima Alaily, deputy general counsel of the company, who says that "the position of desktop computers and mobile devices in the market is better than consoles", and as we well know, streaming is available for the former two.

The day before yesterday we mentioned the likely temporaty exclusivity of S.T.A.L.K.E.R. 2 on Xbox consoles. Microsoft's documentation shows that the game may be available exclusively for 3 months after the release, similar to Tetris Effect: Connected, whose 6-month exclusivity will end soon. The situation looks a little different for The Gunk, which will begin and end its life on Microsoft platforms.