Video Games Industry Is Bigger Than Film, Sports and Music

The gaming market has overtaken the movie industry - valued at nearly $180 billion in 2020 - and Gen Z values it more than sports.

The civil war in The Elder Scrolls V: Skyrim is growing. With the Skyrim At War mod, players can see battles between the warring factions or lead their own soldiers into battle.

It turns out that not only playing in VR may cause nausea. Similar effects were observed by players of Resident Evil Village. All because of the default field of view.

Pionier is a New MMO Shooter for STALKER Fans

GFA Games is working on the MMO shooter Pioner, inspired by the S.T.A.L.K.E.R. series. In the game we will find post-apocalyptic vibes, anomalies and mutants.

The latest trailer of Final Fantasy 7 Remake Intergrade was published, presenting fragments of gameplay. It was also informed that the title is exclusive to PS5, which puts the PC version further away. Director Tetsuya Nomura announced that the second part of the remake will have a different atmosphere than the predecessor.

SCS Software tests the multiplayer mode in American Truck Simulator, called Convoy. For now, we can play with a larger group only as part of the beta update 1.41.

Reports that have surfaced online suggest that user data from Epicgames.com may have been leaked. The leak may include emails, account names and possibly passwords of more than 106 million people.

The first in a long time update to the Augustus project, a mod refreshing Caesar 3 and enriching it with new elements and mechanics, has been released.

Last Tuesday, Windows 10 received another major update as part of Patch Tuesday. Unfortunately, once again, the patch turned out to be infested with annoying bugs. What was broken in Windows 10 this time?

During a recent stream, Pawel Sasko, the lead quest designer for Cyberpunk 2077, revealed details about the AI behavior in CD Projekt RED's game.

This Simple Cyberpunk 2077 Mod is a Hit Among PC Players

Cyberpunk 2077 mod called Always First Equip enables you to increase the frequency of animations associated with the initial equipping of your weapons. The mod met with enthusiastic reception among players.

An entry in the Korean age rating agency's database suggests that Microsoft may be preparing an open beta of Age of Empires 4. A list of as-yet-undisclosed civilizations has also leaked online.

According to rumors that have surfaced online, the talented developers at Arkane Studios are working on a game codenamed Omen. It is supposed to be related to vampires and be characterized by a dark atmosphere.

The latest update to Forza Horizon 4 has caused the title to stop working on Xbox Series X/S consoles - the devices are shutting down on their own.

Slitherine Software and Steel Balalaika announced the strategy game Broken Arrow. The title is to draw inspiration from the Wargame series and World in Conflict.

GeForce RTX 5000 Series Could Offer as Much as 100 TFLOPS

We'll be waiting a long time for GeForce RTX 5000 GPU series, but apparently, they'll be worth it. Reliable sources suggest that the new chips based on Hopper architecture can offer up to 100 TFLOPS. 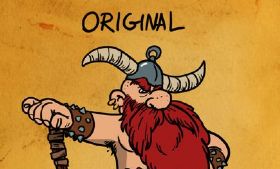 During the lawsuit between Epic Games and Apple, a Microsoft representative admitted that the company does not make money on Xbox consoles. Profits are generated by paid services, games and add-ons, so there's no expectation that the Redmond giant will give up its 30 percent profit margin on Microsoft Store.

End of support for Total War: Three Kingdoms. Creative Assembly begins working on a sequel, the action of which will once again be set in the era of the Three Kingdoms.