Although The Witcher 3: Wild Hunt is not the first game that comes to mind when we talk about an extensive modding community, it doesn't mean that it doesn't receive any fan content. On the contrary, on Nexus Mods you can find quite a few small and large modifications to the RPG from CD Projekt RED. One of them was prepared and recently published by a user named Roenaxx. It's called Exotic Arsenal - Weapon DLC and, as you can easily guess, adds an unprecedented number of new weapons to the game. 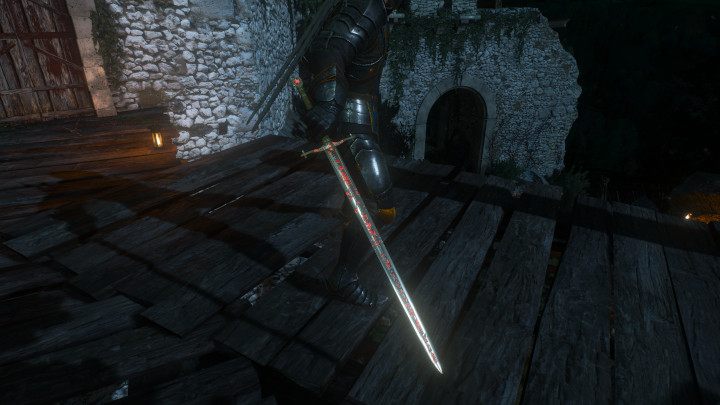 The package prepared by Roenaxx includes some quite standard weapons for Geralt.

Number of new weapon pieces prepared by Roenaxx totals to 55, among which there are 28 steel blades and 27 silver. It is worth noting, that the pack includes not only swords but also such unusual weapons as sickles or short kamas and long naginatas, which are characteristic for the Far East. You can buy all of them from blacksmiths, craft them yourself using blueprints or, with a bit of luck, find them in crates scattered around Velen, Novigrad, and Skellige. However, keep in mind that different areas have specific chances of them appearing. If you do not want to search for them, there is also an option to spawn the selected item by means of a code. The list of phrases to be entered into the console can be found on the modification page of Nexus Mods.

However, it also includes some less standard blades, such as naginatas....

To install Exotic Arsenal - Weapon DLC, you need to download the relevant files from this page (the first pack is a full version of the mod and the second one has disabled the option to find new weapons in random containers) and copy them into The Witcher 3\DLC folder. The modification does not conflict with any other fan content, so you can install it without much concern. If you don't like the new weapons or get bored at some point, all you have to do is remove all the previously added Exotic Arsenal elements.

...or sickles. / All pictures by Nexus Mods

It may be hard to believe, but in May, next year, The Witcher 3 will celebrate its fifth birthday. The title is still very popular with the players and occupies high positions on the bestseller lists on both GOG and Steam. On both platforms it is now possible to buy the title at reduced price as part of autumn sale. So if someone has not yet had the opportunity to enter the world of The Witcher, which has recently been enriched by a fan with new weapons, now they have a very good opportunity to do so.