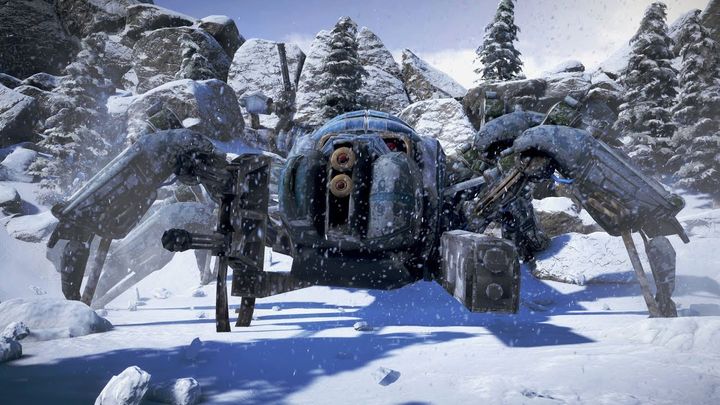 In a conversation with GamesRadar, developers from inXile Entertainment, founder Brian Fargo and director of Wasteland 3 Tim Campbell, shared their opinions on the cooperation with Microsoft. Their words indicate that the company responsible for the Xbox brand wants them to have creative freedom and do better things than before.

A truckload of cash, and "do your thing."

"Microsoft has just been saying, 'do what you do, and do it better than before.' They don't want to change this game. They want InXile to be quirky and unique; they want Wasteland 3 to have dark humor, they just want to make it a better game  it's been really exciting to be involved in," said Tim Campbell.

Brian Fargo, on the other hand, emphasizes that thanks to the financial support, the team can develop a much better game.

"Microsoft basically came in, gave us a tonne of cash, and said go and make the best game that you possibly can," said the founder of inXile Entertainment.

The key issue was not only money, but also... time. Thanks to Microsoft's support, inXile Entertainment could afford to postpone the release of Wasteland 3 by half a year. According to Brian Fargo, this is a key 6 months, which may decide the reception of the title prepared by his studio.

"It's always the elephant in the room with game development, time. When you speak to the best developers in the industry  whether it is Rockstar or Blizzard  the biggest factor is always time. It's the same across the group, it's always time, time, time. We think a certain way about development and we are run very tightly as a result. We're not looking for three to six extra years, but three to six months. For a group like us, that can be night and day. Six months can make all the difference; six months could be a '10 on Metacritic' change for us," says Brian Fargo.

inXile Entertainment was acquired by Microsoft in November, last year, together with another developer known for developing successful RPGs - Obsidian Entertainment. The acquisitions should help to close an important gap in Microsoft's portfolio - the company has a problem with the lack of exclusive RPGs for Xbox. Phil Spencer stressed in a recent interview that this should change in the future, although the first title from Obsidian developed under the aegis of Microsoft does not seem to have much in common with this genre.

We would like to remind, that Wasteland 3 will debut on May, 19 on PC, Xbox One and PlayStation 4.