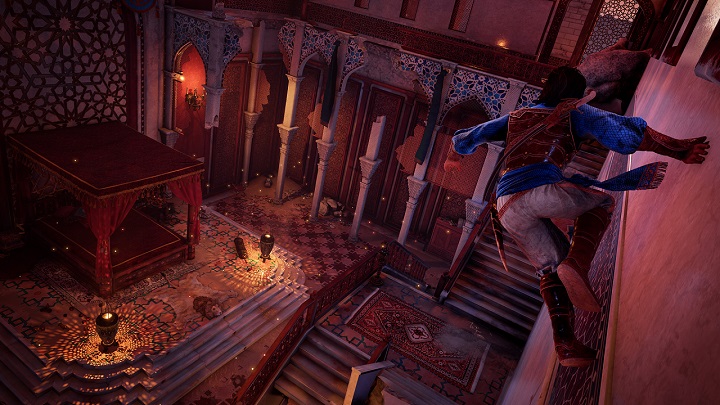 Are you waiting for the refreshed version of Prince of Persia?

Yesterday we had a chance to see for the first time the official announcement of a remake of a classic 2003 game - Prince of Persia: Sands of Time. Fans of the series had to wait a long time for the return of Prince of Persia, but everything seems to indicate that the presentation of the new incarnation of their favorite hero did not appeal to them at all. There were complaints about the visuals and their style, which seems to be a bit outdated. The Mako Reactor published an extensive conversation with representatives of the Indian studio belonging to Ubisoft (responsible for the development of the remake), where we learned the answers to the loudest accusations.

Production Director Sashi Menon revealed that the remake has been in development for more than two years and in no case have there been any time and budget cuts that would make the game look bad, as many claim.

"No it was not a problem of timeline or budget. For us at Ubisoft quality is of the utmost importance and this is something that we have kept in mind from the start. The project has been in development for the last two and a half years. We have had at peak 170 members working on this project and not to mention other investments in infrastructure and set up to make a modern game. No there have not been any cutback in budget or timeline for the game."

Pierre Sylvain-Gires, Game Director, explained that the visual style choosen by the studio is intended to make the remake unique and stand out from Assassin's Creed and Prince of Persia (from 2008). The atmosphere is to be maintained, among other things, through color saturation and appropriate lighting. Sylvain-Gires didn't hide the fact that the Anvil engine, which the studio used to create the remake, caused some problems, especially when it comes to the unique mechanics that used by the game.

"The principle of the rewind is a headache technically. The Anvil engine was not made at all to do a rewind, to do slow motion, to do all those time manipulations. The tech approach was a challenge."

"Anvil engine is mainly for open-world games. The game we have is a short, linear game and not an open-world game so there are many challenges we have to be wary of

At the same time the main challenge was to create a game where we had to play on the nostalgia and we have to give it the modern twist. Keeping this balance intact is important."

It seems that Ubisoft's developers deliberately chose the visual style of the remake, but this does not mean that the game should present such poor technical quality. The players very quickly caught the problems that became apparent in yesterday's trailer. These include copies of character models or not loaded textures. It's quite possible that we won't see them on the release day, although it should be borne in mind that the visuals are unlikely to see major changes at this point.

Prince of Persia: The Sands of Time Remake will hit PC, PlayStation 4 and Xbox One on January 21, 2021.