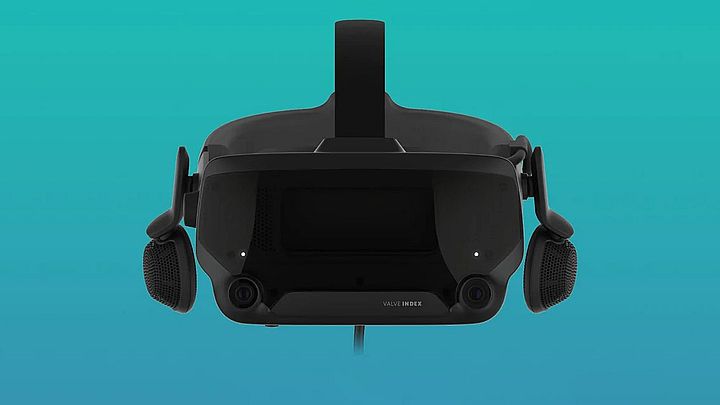 Valve Index in all its glory.

A few days ago, a subpage dedicated to Valve Index - VR set from Half-Life creators appeared on Steam. The producer did not reveal more details, providing only a photo with a short signature and the date: May 2019. Until now, it was not known what it meant. The situation has changed - relevant information was accidentally published on Steam, revealing a lot of specifics about the device. The page (or rather the placeholder) has already disappeared from the platform, but vigilant users have managed to take some screenshots. Here's what we've learned

According to the leak, the device will be available for sale on June 15, 2019. Valve Index will be available with built-in headphones, DisplayPort 1.2 and USB 3.0, power supply (with appropriate plugs depending on the region), two face pads and a cleaning wipe. Valve is due to present the remaining details on May 1, this year, when the price of the product will be revealed, and the customers will be able to place pre-orders. Below you can see the hardware requirements that appeared during the leak.

The Verge asked a company representative about the reliability of the leaked information. The person has confirmed that the information is consistent with the actual state of affairs, with the only debatable point being the release date, which may slightly differ from the one posted on the website. In addition, Knuckles controllers are now called Valve Index Controllers, which of course means that it is with their help that we will control Valve games. Below you can see the said placeholder. 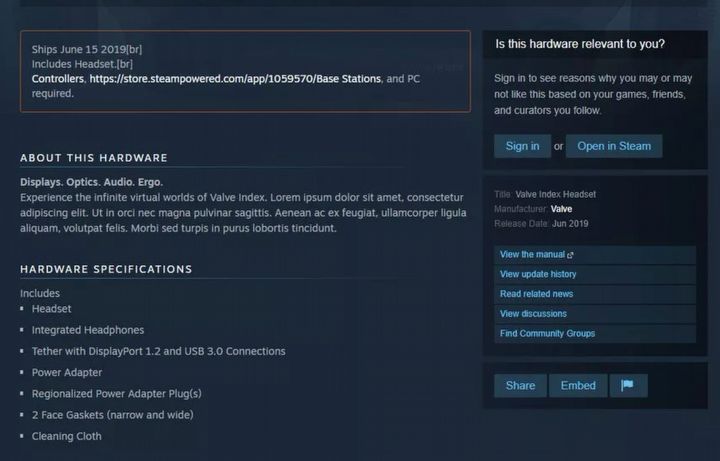